WP coach on scrumhalf trio: 'It's freakish how identical they are' 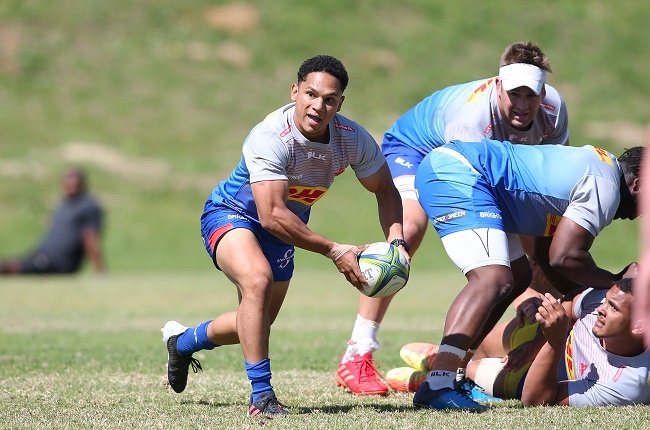 Western Province coach John Dobson insists Springbok scrumhalf Herschel Jantjies is not axed, saying his omission from the squad to face the Lions is due to a pre-planned rotation policy.

Godlen Masimla will start in the No 9 jersey at Ellis Park on Saturday, with Paul de Wet chosen as his deputy.

Jantjies has started the majority of games for the Cape side but his form has been erratic in recent times.

Dobson, however, made it clear on Wednesday that the World Cup winner wasn't dropped.

"We've got three very similar scrumhalves which is nice for us in terms of our game model. I was acutely aware that we haven't been giving enough rugby to the latter two (Masimla and De Wet). So it was pre-planned two weeks ago that Godlen and Paul would play this game. Paul and Herschel will play next week.

"That rotation was result agnostic. We couldn't go back on it because we didn't get the result we wanted against the Bulls. So, Herschel will have a rest this week. Godlen will start and Paul will be on the bench," Dobson told reporters during a virtual media briefing on Wednesday.

Masimla partners Tim Swiel at halfback as Damian Willemse moves to fullback to cover for Warrick Gelant, who is out for six-nine months with a knee injury.

Dobson hinted that Swiel would get an extended run at flyhalf.

"Godlen and Tim have played two-and-a-half seasons together at under-21 and Vodacom Cup [level]. They actually know each other well. So we worked it a little bit around that.

"Warrick is not going to be back for a long time and Herschel has played quite a bit with Tim this year, so we are going to have to work with that combination."

Dobson added that it was imperative to give all his scrumhalves adequate game time.

"The rotation is not chop and change all the time. We have gone clearly with Herschel so far this season, other than his issue with compassionate leave. But we have two really good scrumhalves. If Herschel does his ACL and we go into the PRO16 with guys with under 30 minutes in the Currie Cup, it is just irresponsible not to give these guys exposure.

"The scrumhalves are identical, it's actually freakish... the way they defend, the way they break, their skills, they kick the same."

The Cape side's mentor added that the changes were in line with one of three goals they have set for the domestic season.

"There are three things we are trying to balance in this tournament. Primarily and essentially is to try and be in the playoffs and get as far as we can in the competition. The second thing is to broaden our player base. As is well written, we have got lots of players coming off contract at the end of next year. We have to make sure we have a reserve stock that can take us forward whether guys get offers from overseas or injuries. We can't just rely on the same guys.

"Thirdly, we need to realise where we are going to be playing rugby in the future and that's in the northern hemisphere. What has been pleasing for us is how we change our territory game and how our set piece has developed. There are other challenges we have got that we need to get right. We have maybe gone off plan once or twice, which cost us last weekend. When you are playing in northern hemisphere conditions, you have to be absolutely rigid in your plan."

Saturday's clash at Ellis Park kicks off at 19:00.

We live in a world where facts and fiction get blurred
In times of uncertainty you need journalism you can trust. For 14 free days, you can have access to a world of in-depth analyses, investigative journalism, top opinions and a range of features. Journalism strengthens democracy. Invest in the future today. Thereafter you will be billed R75 per month. You can cancel anytime and if you cancel within 14 days you won't be billed.
Subscribe to News24
Related Links
Minor changes to Cheetahs team for Loftus trip
O'Connor back to bolster Wallabies facing improbable 101-point win to secure Tri Nations
Pumas lift suspensions over racist tweets in shock U-turn
Next on Sport
Pumas mentor Jimmy Stonehouse to coach Champions Team against Italy A