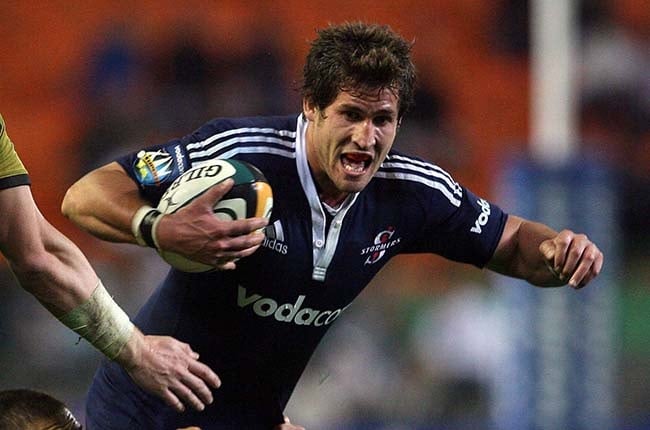 Dylan des Fountain in action for the Stormers in Super Rugby in 2009. (Photo by Carl Fourie/Gallo Images/Getty Images)

Sport24 asked: How would you appraise your 12-year career?

Dylan des Fountain: I played professionally for 12 years, but in terms of injuries it was a total mess. Since I started my professional career until I ended in 2014, I had 18 operations – 12 knee operations, five shoulder operations and a groin reconstruction. I was basically out of the game for six of those 12 years. At the age of 28, I knew that it was time to call it a day because my body wasn’t getting any better. One day I walked into the doctor’s room at the Lions and said, “Listen hear Rob (Collins), I can’t keep on doing this because my body is broken.” He looked at me and said, “Dylan, I thought you were going to tell me that two years ago!” I had an absolutely broken body and was living on pain and sleeping tablets. I was literally urinating blood most of the time because of the cortisone injections I needed to numb the pain. Physical pain is one thing, but then there’s the mental aspect. When you are recovering from injury you go through a depressive state, but don’t talk about the mental challenges during the process because you don’t want to be seen as weak. The reality is that mental health issues are prevalent within sport as the highs and lows are tremendous. I talk openly about it today because I have been through it. I don’t think the system supports retired players enough from the top. The day you retire you’re out and you’ve got to walk by yourself. When you retire, you ask yourself who am I and what the hell do I do now? As an entrepreneur, I experience similar highs and lows as to when I was a player and it’s how you persevere through the challenges.

Sport24 asked: Who were your three most influential coaches?

Dylan des Fountain: I played under Heyneke Meyer from the age of 19 to 21 when I was at the Bulls. He was very good with players and was very fond of me. Did I enjoy the way the Bulls played the game? Absolutely not because it was very forward orientated, but Meyer was a very good manager. I also enjoyed Rassie Erasmus. I played under him at the Stormers and he is an absolute mastermind of the game. He lives for rugby and boasts the ability to work well with players. He would probably be the best I have played under. I also have plenty of time for England assistant coach John Mitchell. I’m very thankful to John because he offered me a four-year contract after all my injuries. He has one of the best minds in world rugby, but was very emotional with the players. He was very good at coaching and devising game plans, but at the time he wasn’t very effective at managing players. He was an extremely hard coach and implemented non-negotiables which was fantastic, but if you moved out of John’s circle you were in trouble. However, if he was not the head coach in 2011, I don’t believe we would have won the Currie Cup at the Lions because he got the best out of us. That said, it was never going to be sustainable because we almost played out of fear at that stage... I think John has since learned lessons through all of those periods and in the long-term, I believe he would be very good in a director of rugby role where he manages the coaches and puts structures in place.

Sport24 asked: The best centres you played with and against?

Dylan des Fountain: I most enjoyed playing with Jean de Villiers and Gcobani Bobo. Gcobani was an extremely good defender and communicator within the defensive lines. I essentially never played with Jean in the midfield because I normally played wing, but he was a mastermind of the game and could read it very well. I can remember my first training session at the Stormers. I was a 20-year-old and I hadn’t played a Currie Cup game. It was the Tuesday ahead of the match against the Chiefs at Newlands. Kobus van der Merwe came to me and said, “Listen hear, you are playing wing on the weekend.” I replied, “Oh, I’ve never in my life played wing” and he said, “Well, prepare because you starting on Saturday!” I think I was the only non-Springbok in that backline. I went to Jean at training and said, “Listen hear, Kobus just came to me now and said I’m starting at wing and I’ve never played wing in my entire life and only centre.” Jean looked at me calmly and said, “No, don’t worry I’ll assist you.” Luckily we won that game and I came through it. In terms of opponents, Ma’a Nonu was an exceptional centre and one of the best I played against. When you were five metres from your try-line and he was attacking, you knew you had to focus because he was strong and explosive.

Sport24 asked: Your take on WP's on and off-field travails?

Dylan des Fountain: I was quite surprised by Western Province’s defeat to the Sharks in the semi-final at Newlands and thought the former would pull it through. When it comes down to knock-out rugby discipline is key and unfortunately the home side didn’t stick to that. Bidding farewell to Newlands is a sad day for Western Province rugby and supporters. There is a lot of history behind the stadium and I have very fond memories. However, moving to Cape Town Stadium is probably a better decision from a future and business perspective. WP is such a powerful union, but at the end of the day if you’ve got your top people not running it properly it’s going to filter through to the bottom as well.  In terms of the non-deal with MVM Holdings, I think it’s another opportunity which Western Province have let slip by. Sharks CEO Eduard Coetzee moves quickly. He saw the potential and I think it’s a great opportunity for the Durban-based franchise. It brings that American business mentality and what they have done stateside which can be implemented within the Sharks’ structures. In the States, sport is seen as an entertainment spectacle and a business with reputable businessmen running the show. I think it’s a great partnership for the Sharks and once again disappointing for Western Province for letting it slip by. The men in suits at Western Province didn’t want to relinquish the 51% controlling stake. However, the bottom line is that you can have as much control as you like, but if the business is not sustainable then it’s not. Control is obviously beneficial within an organisation, but at the end of the day you need money in order to run a thriving business.

Sport24 asked: Your outlook ahead of the Currie Cup final?

Dylan des Fountain: Jake White has brought a new dimension to the Bulls and I don’t see the Sharks beating them. What I like about Jake is the fact that he has always surrounded himself with good people and good players. Moreover, I think he has got a great mixture between youth and experience and that is something he has always been good at. Some of the other unions want to bring through the youngsters, but they haven’t found the balance. Jake has got a group of experienced players that have been around the block and then the young guns in the team as well. The experienced players instil calmness within the team and bring the best out of the young players. Jake has done phenomenal things at Loftus and I know he is also bringing in new players from abroad, which is only going to strengthen the side… In order for the Sharks to pull off an upset it will come down to discipline. I personally don’t think it’s going to be a high-scoring game and will be dictated by the kicking. In order for the Sharks to prosper and deny the Bulls the title, I think it’s important that they play a territorial game, practice tight discipline and a good defensive structure.

Sport24 asked: Which sportsmen do you resonate with?

Dylan des Fountain: I’m a big fan of Wayde van Niekerk. His injury must have been extremely hard for him. He was the world’s best athlete with a world record and then he went and played touch rugby and tore his ACL. It’s hugely challenging to get through that not only from a physical perspective but mentally. He is hugely admired, globally recognised and is a great ambassador for South Africa. I’m sure he will get back to where he needs to be and I think that will be another great story… I’m very fond of golf and Tiger Woods is someone who inspires. His current documentary on Showmax is absolutely phenomenal. From a young age, Tiger’s father Earl bred him to be the best and he was going to be no matter what. Tiger has recently had his fifth back operation, but I won’t be surprised if he pulls something out of the hat again by winning another Major somewhere down the line. Is he going to be consistently the best? No, but there will be a tournament where he comes through again. For me, what Tiger did in his personal life was totally wrong, but when you are an icon across the globe people are looking to bring you down. He was able to deal with the demons he struggled with. To me it seems it was probably the second part of his career he enjoyed the most. Yes, it was still about winning, but even more about enjoying his golf and going out and having fun.

Lloyd Harris
We live in a world where facts and fiction get blurred
In times of uncertainty you need journalism you can trust. For 14 free days, you can have access to a world of in-depth analyses, investigative journalism, top opinions and a range of features. Journalism strengthens democracy. Invest in the future today. Thereafter you will be billed R75 per month. You can cancel anytime and if you cancel within 14 days you won't be billed.
Subscribe to News24
Related Links
PRO16 will be 'tougher' than Super Rugby, says Rhyno Smith
Cheetahs sign deal with experienced prop Ferreira
1991 gold gets vote for future Wallabies jerseys
Next on Sport
'Nowhere I'd rather be': Tighthead Fouche extends contract with the Stormers