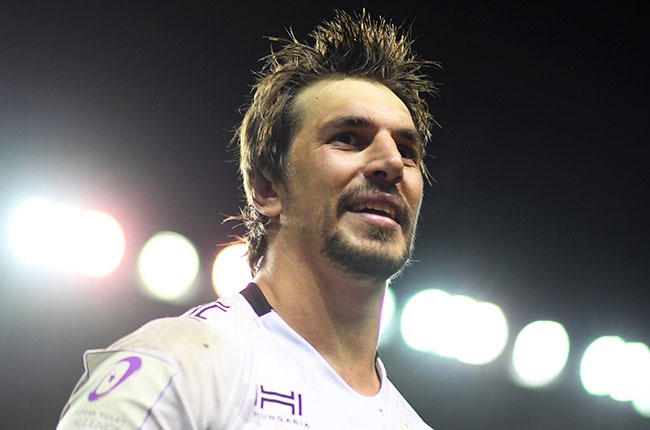 Argentina flyhalf Nicholas Sanchez was shown a red card on the stroke of half-time after making contact with the head of the hosts' Baptiste Serin at a ruck.

"Obviously it didn't help us, he showed his aggressiveness. We can't hold it against him. It's annoying because it's hard at 14 against 15," the Parisians' France centre Gael Fickou told Canal+.

"They took their chances, they scored points, they were clinical."

The three-time European champions climbed up to third place as the visitors remain in eighth, five points away from the play-offs.

Etzebeth was moved from lock by Toulon coach Patrice Collazo minutes before kick-off as Swann Rebbadj pulled out in the warm-up.

Away coach Gonzalo Quesada made 10 alterations from the loss at Toulouse earlier this month.

An apologetic Sanchez was sent off in the final play of the half after his shoulder made contact with Serin's head while attempting to make a clear-out at a breakdown.

Carbonel added to his account for proceedings with the resulting penalty and his side led 18-6 at the interval.

During the first half, France captain Charles Ollivon left the field and failed a head injury assessment after a collision with opposition back-rower Antoine Burban.

Collazo's side made the most of the one-man advantage and claimed a bonus point in the second half thanks to tries from hooker Christopher Tolofua and winger Bryce Heem.

Lester Etien claimed his seventh try of the season with a consolation effort for the capital city club, while Etzebeth completed the full 80 minutes on his 20th appearance for Toulon.

On Saturday, Etzebeth's fellow World Cup winner Cheslin Kolbe made his injury return as Toulouse moved back to the top of the table with a 59-0 hammering at bottom side Agen.

Reports claimed Vakatawa will be out for at least a month and will miss next week's training camp in Nice.

We live in a world where facts and fiction get blurred
In times of uncertainty you need journalism you can trust. For 14 free days, you can have access to a world of in-depth analyses, investigative journalism, top opinions and a range of features. Journalism strengthens democracy. Invest in the future today. Thereafter you will be billed R75 per month. You can cancel anytime and if you cancel within 14 days you won't be billed.
Subscribe to News24
Related Links
Currie Cup 'medals': Cornal rises above the clutter
Currie Cup final: Reminder of Morne Steyn's enduring value
5 talking points: Currie Cup semi-finals
Next on Sport
Finding space, defending well: Dobson offers balanced criteria for Stormers' new-look midfield