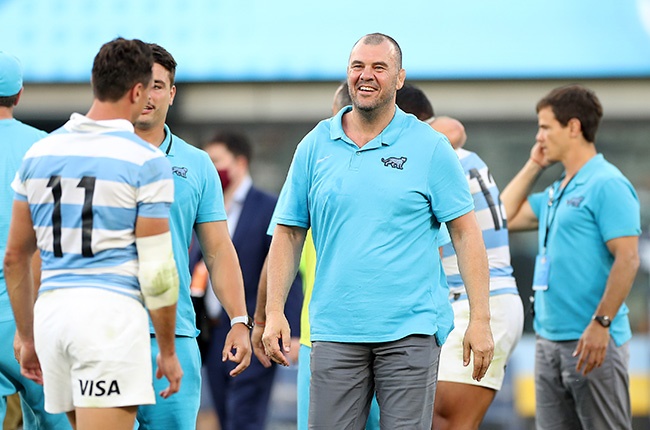 Former Wallabies coach Michael Cheika on Thursday revealed he still harboured ambitions to lead an international side and perhaps even return to the Wallabies, despite an acrimonious exit from the job after last year's World Cup.

The 53-year-old departed after they were thumped 40-16 by England in the quarter-finals, smarting from a fractured relationship with Rugby Australia and media criticism that he had taken the team backwards.

But he remains open to a return.

"So, no business person has ever failed and not come back, not achieved a target and not come back?" he told The Australian newspaper's magazine WISH under the headline: "I want another crack at the Wallabies."

"People focus on the negatives. We had plenty of wins. I still want to coach now. I love it, I love being part of the sport.

"When we made the World Cup (in 2015) and lost the final, my thoughts were about succeeding in 2019. It didn't happen. But do you sulk about it or let it beat you or come back stronger?

"Why would I ever try to resile from the past, from the honour of coaching an international team?" he added.

While Cheika guided Australia to the 2015 World Cup final, where they lost to the All Blacks, the latter part of his reign didn't go so well.

He narrowly avoided the axe after winning just four of 13 Tests in 2018 before their disappointing World Cup campaign in Japan last year.

Since leaving the Wallabies, Cheika has worked as a consultant at Australian rugby league club Sydney Roosters and will coach Lebanon at next year's Rugby League World Cup.

He is currently working with Argentina during the Tri Nations in Australia at the request of coach Mario Ledesma, an old friend, helping mastermind their first win against New Zealand in 35 years and a draw against the Wallabies.

It has been the first time he has coached against his own country and Cheika admitted it had been difficult, with the Pumas facing the Australia again in Parramatta on Saturday.

"I don't want Australia to lose, I just want us to win," he said.

"When I decided to help the team (Argentina) out, the kids asked me, 'Who do we go for?' I said, 'You don't change where you are born, just because I am doing this, you can't support Argentina'."

We live in a world where facts and fiction get blurred
In times of uncertainty you need journalism you can trust. For only R75 per month, you have access to a world of in-depth analyses, investigative journalism, top opinions and a range of features. Journalism strengthens democracy. Invest in the future today.
Subscribe to News24
Related Links
O'Connor back to bolster Wallabies facing improbable 101-point win to secure Tri Nations
Pumas lift suspensions over racist tweets in shock U-turn
New Bulls star Walt Steenkamp banking on Cheetahs doing 'strange new things'
Next on Sport24
Former Bulls star set to return to SA from France