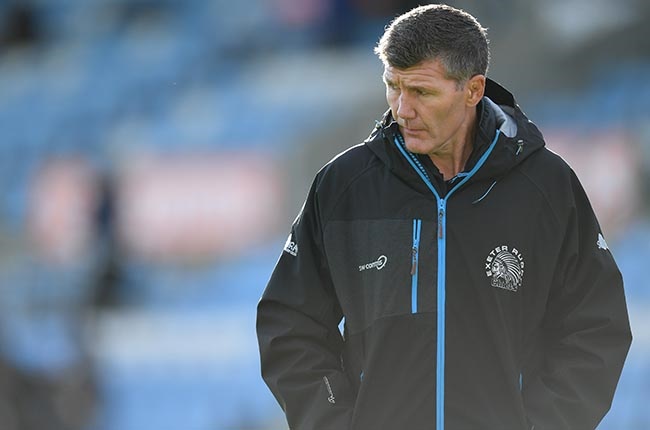 Exeter boss Rob Baxter has played down suggestions he could succeed Eddie Jones as England coach.

The Chiefs rugby director is one win away from completing a domestic and European double heading into Saturday's Premiership final against Wasps at Twickenham following last week's European Champions Cup victory over Racing 92.

Jones is contracted to the Rugby Football Union until after the end of the 2023 World Cup, while Baxter's current Exeter deal also expires in three years' time.

But the 49-year-old is in no hurry to leave Exeter, the club he has steered from the Championship to the European summit via a Premiership title in just 10 years,

Baxter, asked on Thursday if he wanted to coach England eventually, replied: "Right here and now, no. I am happy here."

Asked what would make him change his mind, he added: "Well, it would depend if I am happy here."

Saturday sees Exeter contesting their fifth consecutive Premiership final, with the Chiefs bidding to become only the fourth English club after Leicester, Wasps and Saracens to win the domestic and European Cup in one season.

But with English rugby currently having to absorb the economic impact of playing matches behind closed doors because of the coronavirus pandemic, Baxter said: "There are loads of challenges in rugby that I would love to be a part of at Exeter.

"Obviously, a huge part as well will be making sure we see Exeter through the tough financial climate we are in at the moment.

"All of this won't mean very much to me and my career at Exeter if we are a club that fail financially in the next six months because of the current situation."

We live in a world where facts and fiction get blurred
In times of uncertainty you need journalism you can trust. For only R75 per month, you have access to a world of in-depth analyses, investigative journalism, top opinions and a range of features. Journalism strengthens democracy. Invest in the future today.
Subscribe to News24
Related Links
Duane giddy over combining with 'sponge' Elrigh Louw as Bulls go for power
Wallabies rule out taking a knee against All Blacks
Lions team doctor Rob Collins: 'Paperwork, not infections, keeps me up at night'
Next on Sport24
Irish all for South African powerhouses joining PRO14 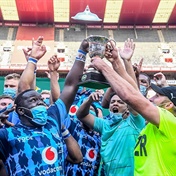