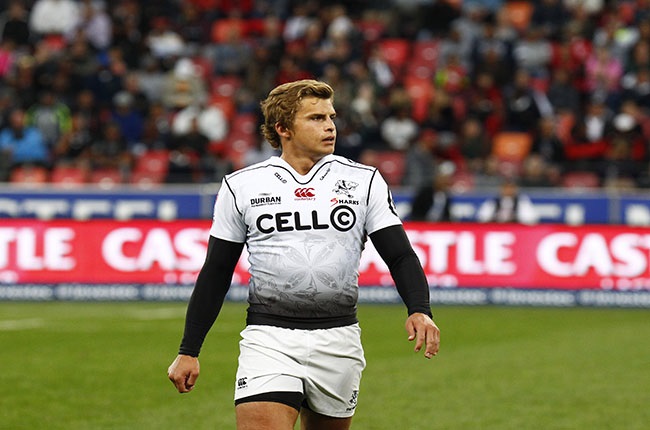 Earlier this week, Jake White, with a fair amount of justification, said that Marco Jansen van Vuren is now worth "gold" in the Bulls squad due to his utility value.

The former SA Schools and Junior Springbok scrumhalf has now found his feet at Loftus by being a proverbial jack-of-all-trades, recently playing on both wings as well at inside and outside centre.

Encouragingly, White also noted that he needs to manage the 24-year-old carefully to "still develop him into an excellent player", showing that he's acutely aware of South African rugby's reputation of not harnessing the full potential of players employed in different positions.

But it is the way of the rugby world currently as a premium is being placed on utility players that help streamline the recruitment of other team-mates as well as save money in tight economic conditions.

Coaches adopting this philosophy though would do well to take heed of the past as local rugby's professional history illustrates the surprising trend that even some household names were negatively impacted - to varying degrees - by decision-makers not having clear visions for them.

We go down a sometimes painful memory lane.

The irony about the 1.74m pocket rocket was that he wasn't exactly an anomaly in a size-obsessed South African game at that stage.

When he burst onto the scene in late 2001, Breyton Paulse had already broken the mould for players of smaller stature physically by winning SA Player of the Year and becoming one of the Springboks' most accomplished wingers of the modern era.

It's unlikely then that Russell's dimensions were the sole reason for him being mismanaged.

Instead, he was never trusted enough to play regularly in his favoured No 10 jersey, switching regularly between wing and fullback at franchise and international level.

His last season in South Africa said it all - opting to go to the Stormers on the ticket of playing flyhalf instead of staying at the Sharks and remaining a backline floater, he never played in the position once in 11 appearances that year.

An explosive athlete with a real competitive spirit, Hougaard was perhaps unlucky to commence his career as the peerless Fourie du Preez's official spiritual successor.

It was always going to be a burden and one that became even heavier when the Bulls discovered that he's a pretty fine winger too.

His pace and eye for a gap made him suitable to both positions, while he was also lauded for his work-rate when wearing No 11 or 14.

However, that divided attention meant he couldn't quite concentrate on honing the core skills of a halfback and Hougaard was consistently criticised for a sloppy passing game and poor tactical kicking.

There was hope in 2017 when Allister Coetzee, in his final year as Springbok coach, opted to recall him as a specialist scrumhalf (ironically less than a year after playing him as wing in the 2016 Rugby Championship) because of a newfound maturity from playing in England.

It didn't work out and Hougaard will probably have to live with the fact that his 46th and final cap came in the 0-57 thrashing by the All Blacks in Albany.

Of the many men cursed by their utility value, Lambie's plight remains the most mystifying.

While it's true that the Sharks' kicking coach - who had to retire at 28 due to concussion - was initially shunted between flyhalf and fullback, one never got the feeling that he felt overburdened by those switches.

And that was perhaps the problem, that Lambie was always willing to be a classy, dependable backup when his coaches were too eager to use more mercurial options like Johan Goosen and a then raw Handre Pollard.

He managed to play 56 Tests, but only 22 of those were starts and while injury cut short his prime, a bit more love would've seen him soar.

After all, he amassed 88 Springbok caps and continues to show his enduring value as a classy scrumhalf.

The real pity is that Pienaar, given how he's been blessed with a pretty imposing physique, should've become one of the Springboks' most influential flyhalves.

White's experiment of viewing him as a fullback was short-lived due to the national coach quitting shortly afterwards and prompted his successor, Peter de Villiers, to explore his credentials at No 10 full-on.

The start of the 2009's British & Irish Lions series suggested Pienaar was on his way to making the jersey his own before a loss of confidence with his goal-kicking saw him lose his place to Morne Steyn.

Had he been trusted to stay the latter's halfback partner, he might've been great.

No-one would complain too much labelling Steyn a Springbok legend, but there's also a distinct sense that his utility value in his early career proved counterproductive to an extent.

He made his debut as a wing, seemed to settle in at fullback before Jean de Villiers' injury at the 2007 World Cup necessitated his switch to inside centre.

However, in the background, many observers - and Peter de Villiers to an extent - still touted his ability to become a world-class flyhalf.

But the uncertainty robbed him of a vital platform to kick on from given his status then as a 20-year-old world champion.

Thankfully, the pivot thought was ditched and Steyn eventually settled as a highly accomplished midfielder.

Yet could he have been the Springboks' answer at fullback, a position that has remained a problem since Percy Montgomery's retirement?

We live in a world where facts and fiction get blurred
In times of uncertainty you need journalism you can trust. For only R75 per month, you have access to a world of in-depth analyses, investigative journalism, top opinions and a range of features. Journalism strengthens democracy. Invest in the future today.
Subscribe to News24
Related Links
France keep Jalibert at flyhalf, Bernard le Roux sidelined for England clash
Pienaar hails unselfish Specman for helping with birthday promise: My kids are very happy
Malins makes first England start as Jones rings changes for France
Next on Sport24
Rugby must lay down law or lose players: head injury foundation

Choose your newsletters
Voting Booth
After the opening weekend of URC action, what did you make of the South African struggles?
Please select an option Oops! Something went wrong, please try again later.
It exposed the quality of South African rugby...
38% - 2070 votes
There were positives to take
7% - 362 votes
We shouldn't read too much into one weekend
17% - 904 votes
It will take the SA sides time to adjust to the new competition
39% - 2115 votes
Previous Results
Showmax
The story of a legend: Sir Alex Ferguson