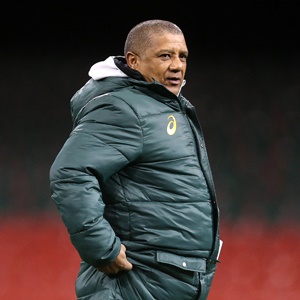 Former Springbok mentor Allister Coetzee has left his role as head coach of the Canon Eagles in Japan.

The news was confirmed by the Canon Eagles on their official website on Monday.

The statement added that forwards coach Barend Pieterse, who also joined the management team in 2018, has also left.

"Thank you for your continued support of Canon Eagles," the club statement read.

Coetzee joined the club in 2018 after being sacked as Springbok head coach.

Under his tutelage, the Eagles finished 12th in the 16-team Top League in 2018/19 and were ninth when the current season was cancelled due to the Covid-19 pandemic.

We live in a world where facts and fiction get blurred
In times of uncertainty you need journalism you can trust. For 14 free days, you can have access to a world of in-depth analyses, investigative journalism, top opinions and a range of features. Journalism strengthens democracy. Invest in the future today. Thereafter you will be billed R75 per month. You can cancel anytime and if you cancel within 14 days you won't be billed.
Subscribe to News24
Related Links
WATCH | Kolisi recalls 'Level 12' Springboks meeting Prince Harry
Nienaber | How a simple change turned Springboks into world champions
Beaumont v Pichot for top World Rugby job as election kicks off
Next on Sport24
Springbok Women seal series win over Spain, a great omen for upcoming World Cup