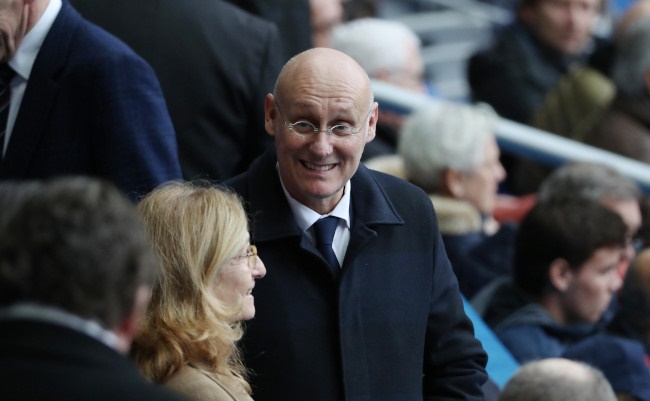 Bernard Laporte told AFP on Tuesday he will run for re-election as French Rugby Federation (FFR) president later this year.

Laporte, 56, who coached Les Bleus between 1999-2007 before becoming the country's Secretary of State for Sport, faces competition from the chief of Paris' greater region's rugby federation Florian Gill.

At the FFR's annual general meeting on Saturday, Laporte announced an annual loss of €5.63 million due to a €35 million relief package for amateur clubs.

"We'll keep up the work. We started with 44 promises, and we stuck to a lot of them. There are some which are right in the process of being realised, it's not over," he told AFP.

"We did a lot for the clubs but we want to continue to listen to the clubs and to be a federation which gives back to the clubs," he added.

Laporte was named World Rugby's vice-chairperson in May and has also overseen the introduction of the third-tier semi-professional La Nationale league as FFR boss in June.

A more current issue facing Laporte is a disagreement with the French League (LNR), who run the financially lucrative Top 14, overextending this autumn's Test window.

He denied both parties were at loggerheads as the LNR want just five weeks of intentional matches unlike the FFR who prefer a period which would see players away from their clubs for 52 days.

"The relationship between the league and the federation are not tense. We are together. But the interests of one are not those of the other. We have to work together to find solutions between intelligent people," he said.

"We will find common ground, I'm convinced. It's up to us to find an arrangement."

The next chief of the FFR is set to be named on 3 October as 1 900 amateur clubs vote, ahead of France hosting the 2023 Rugby World Cup.