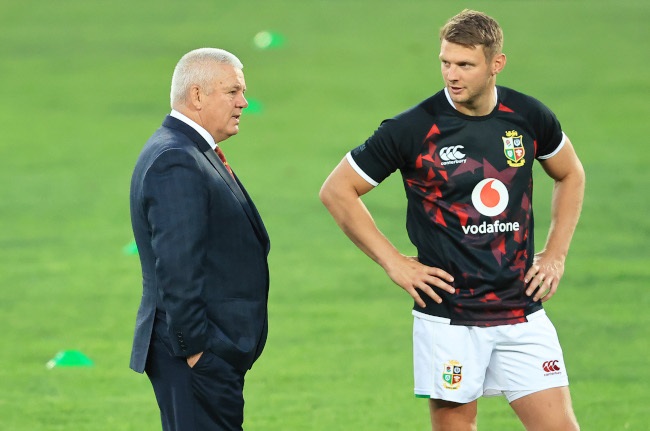 Head coach Warren Gatland is hoping for a bolder, faster showing from his British and Irish Lions on Saturday when they face world champions South Africa in the series-deciding third Test in Cape Town (18:00).

"Let us hope we don't have that niggly stuff that spoilt the second Test," he said, referring to a stoppage-saturated match won 27-9 by the Springboks last weekend.

"I want to see a high-tempo game of attractive rugby," he said in a TV interview less than an hour before the kick-off.

Gatland said the losses of scrum-half Faf de Klerk and flanker Pieter-Steph du Toit, who were injured in the second match, will be blows to South Africa.

"Faf and Pieter-Steph are significant players, but the Springboks do have incredible strength in depth," said the New Zealand-born coach.

South Africa have won eight of the previous 13 series in a 130-year rivalry, the Lions four and the one in 1955 was drawn.