Jonathan Kaplan on the best referee in the world: Nigel Owens 'is a mile ahead' 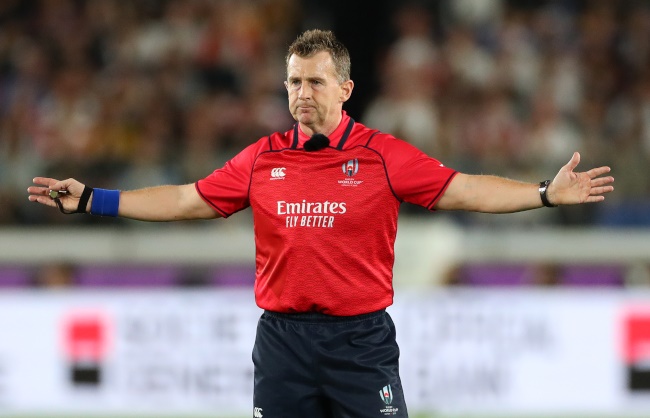 For Jonathan Kaplan, an international refereeing legend and a man who officiated in 70 Test matches, Welshman Nigel Owens is without a doubt the best referee currently in world rugby.

Sport24 asked Kaplan his views on the men who control the game during a wide-ranging interview last week.

Kaplan, who officiated in his first Test in 1996, says Owens has several contributing factors that make him the best in the world.

"Nigel has been my choice probably since I have retired, I would say," said Kaplan.

"I know that (Wayne) Barnes has done well and may have got a crack at this final (2019 Rugby World Cup) had England not made it, but I vastly prefer Owens' style and how he promotes the game.

"I think he has refereed some of the best rugby games I have seen. I just think he is a mile ahead," he added.

We live in a world where facts and fiction get blurred
In times of uncertainty you need journalism you can trust. For only R75 per month, you have access to a world of in-depth analyses, investigative journalism, top opinions and a range of features. Journalism strengthens democracy. Invest in the future today.
Subscribe to News24
Related Links
Future of franchises remains uncertain with SA Rugby considering PRO14 expansion
France captain backs global calendar 'for the good of rugby'
EXCLUSIVE | Makazole Mapimpi happy with how contract negotiations panned out
Next on Sport24
Jaco Kriel’s raiding relish offers hope to winless Lions