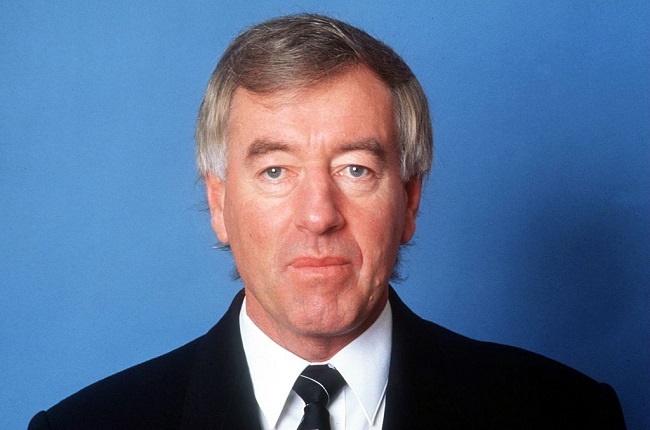 Amid the sheer euphoria of winning the 1995 Rugby World Cup, South Africa was also afforded the added "fun" of a grumpy Laurie Mains.

The All Blacks coach had sensationally hired a private investigator to determine the cause of his squad's bout of food poisoning before the epic final at Ellis Park.

Mains was given feedback that "Suzie", a mysterious employee of the Crowne Hotel in Sandton, had "disappeared" immediately after the New Zealanders started showing symptoms.

She, according to the investigator, was paid by an Asian betting syndicate to commit the sinister deed.

Mains stood his ground on the matter in subsequent years as South Africans chuckled at the sheer "sore loser" mentality of it all, though Rory Steyn, former head of security for President Nelson Mandela and the Kiwis' security officer at the tournament, supported the claim.

Nonetheless, Mains and his troops were laughed off.

As South Africa celebrates the silver jubilee of the Springboks' magical achievement, it's very easy to underestimate and even underappreciate Mains' legacy in our local rugby because, three years later, he would become a central figure.

By October 1998, the Lions were limping after a Currie Cup campaign that saw them finish eighth and even sacking head coach Dawie Snyman before the season ended.

That dismissal meant the former Springbok fullback and legendary Western Province mentor was the union's eighth coach in five years.

Desperate for the glory experienced under Kitch Christie before his Springbok elevation, the Lions – under the revitalised leadership of Jomo King – took a no-nonsense approach.

It was an intriguing move, particularly given Mains' apparent sour grapes as well as the complicated relationship between Louis Luyt, whom King succeeded, and the 1995 New Zealanders.

At the start of his tenure, Mains was typically pragmatic, aiming to win the Currie Cup within his three-year contract.

As it turned out, it took him only eight months to claim the double of the Vodacom Cup and its hallowed bigger brother version.

The year 1999 was indeed an outstanding year for the Lions as Mains skilfully integrated sidelined national stars, such as Chester Williams, Hennie le Roux and Hannes Strydom, with rookies to form an all-conquering squad.

The zenith was the Currie Cup final at King's Park, where the Lions couldn't be bothered by the sentimentality of the occasion: Andre Joubert, Henry Honiball, Gary Teichmann and coach Ian McIntosh were all waving goodbye after stellar careers with Natal.

They were disdainful in scoring five tries to none and romping to a 32-9 victory.

This was a whole different kettle of fish.

The franchise was one of South African rugby's biggest headaches, a concept that seemed so sound on paper and proved so patently dodgy on the field.

As the previous two campaigns showed, getting two accomplished and Springbok-laden unions in the Lions and Cheetahs to marry their resources was scarily difficult.

Nothing seemed to change when the Cats lost five of their first seven matches in 2000, before a memorable five-match winning streak saw them sneak into the semifinals.

Mains, somehow, managed to provide some sort of answer to one of local rugby's biggest conundrums.

Yet, with the benefit of hindsight, it's not too difficult to determine why Mains managed to repeat that playoff feat in 2001.

He formulated a power game that saw the Cats assemble arguably the best pack in Super Rugby – a loose trio of Rassie Erasmus, Andre Venter and Andre Vos proves the point – to place relentless pressure on opponents and then attempt to use a few game-breakers in the back division to score points.

Mains' Cats never consistently managed to translate that superiority into something more tangible (they could've easily won the 2001 tournament), but the franchise's death spiral after he left proved he had something going.

But, as much as his on-field legacy in South Africa is undeniable, his hardnosed attitude off it is complicated.

Mains quit the Lions at the end of his second year, citing interference from officials.

While the New Zealander probably wasn't nuanced enough for South Africa's rugby politics, you couldn't blame him after Luyt admitted to bugging him and others' phones at the union.

The controversial former SA Rugby president, in his capacity as the chairman of the union's trust, admitted he had done so in what was a power struggle over the control of contracts.

About eight months later, Mains' Cats tenure also came to an end on the back of a feud with Erasmus.

The current Springboks' director of rugby had been appointed as Mains' captain for the 2001 season, but his own meticulousness was a source of tension.

Erasmus alleged at the time that Mains didn't always prepare thoroughly and had a poor relationship with his black players, who sided with Erasmus.

Both men eventually said unflattering things about each other at the conclusion of the season.

Erasmus' revelations soured some of the myths that Mains had created about himself as a successful coach on the local scene.

But don't just discount his achievements...

We live in a world where facts and fiction get blurred
In times of uncertainty you need journalism you can trust. For 14 free days, you can have access to a world of in-depth analyses, investigative journalism, top opinions and a range of features. Journalism strengthens democracy. Invest in the future today. Thereafter you will be billed R75 per month. You can cancel anytime and if you cancel within 14 days you won't be billed.
Subscribe to News24
Related Links
Sean Fitzpatrick: We were gutted, but still honoured
4 moments of telling defence that led the Springboks to the '95 World Cup title
Crusaders captain Scott Barrett out for Super Rugby Aotearoa season
Next on Sport24
Australia's comeback floors Blitzboks, ends their London Sevens dream