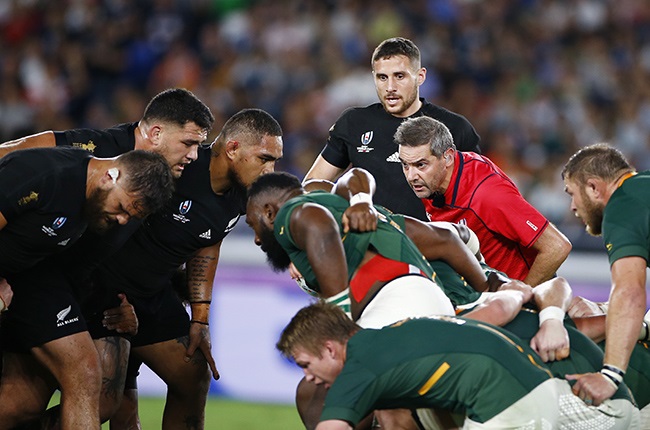 The two series are scheduled to be played primarily in New Zealand and Australia over the next two months with the added participation of South Africa and Argentina.

But New Zealand has suspended its quarantine-free travel bubble with Australia for at least eight weeks on Friday in response to the latter's escalating coronavirus outbreak.

Brendon Morris, the head of the Rugby Championship's governing body Sanzaar, said they were now reviewing their options.

"The Rugby Championship is scheduled to be played primarily in New Zealand and Australia over the next two months, with the first two matches to be played in South Africa between the Springboks and Pumas.

"Following these opening two matches, both teams then travel to Australia and New Zealand for the remainder of the tournament.

"Sanzaar and its member unions - Rugby Australia, New Zealand Rugby, SA Rugby and Argentina Rugby Union - will now work with the respective governments and health authorities in Australia and New Zealand, as we have successfully done recently with Super Rugby, to find the best solutions for the tournament given this latest development," Morris said.

The Wallabies have been in a secure bubble on Australia's Gold Coast since their recent series against France.

New Zealand Prime Minister Jacinda Ardern suggested they could still reach New Zealand for the first Bledisloe Cup Test on 7 August if they travelled in the next week, with proof of a negative pre-departure Covid test.

"However, it must be in the seven-day window, we are not making exceptions outside of that," she added. "Everyone else has to go into quarantine."

Rugby Australia chief executive Andy Marinos and New Zealand Rugby boss Mark Robinson said they were aiming for a positive outcome but had yet to confirm plans.

"It's important we evaluate all of our options before finalising any plans," Robinson said.

Last year's Rugby Championship was originally to be staged in New Zealand but because of quarantine restrictions it was moved to Australia.

It featured only New Zealand, Australia and Argentina after South Africa pulled out.

The 2021 Rugby Championship is scheduled for 14 August-2 October, with South Africa opening with a home Test against Argentina on the opening weekend.

Sanzaar added that it would announce "any potential and necessary changes to the tournament schedule in due course".

Choose your newsletters
Voting Booth
After the opening weekend of URC action, what did you make of the South African struggles?
Please select an option Oops! Something went wrong, please try again later.
It exposed the quality of South African rugby...
40% - 428 votes
There were positives to take
7% - 80 votes
We shouldn't read too much into one weekend
17% - 179 votes
It will take the SA sides time to adjust to the new competition
36% - 386 votes
Previous Results
Showmax
Stream SuperSport United vs Kaizer Chiefs