Johan Goosen set to return to action - in Bloem Cape Town - Former Springbok Johan Goosen could make his return to rugby by playing for the Cheetahs in their PRO14 game against Munster on Friday.

It was reported last month that Goosen had started training with the Cheetahs, with the Bloemfontein-franchise indicating he could feauture for them in a few PRO14 games.

Goosen has not played rugby since he retired suddenly when he left French Top 14 club Racing 92 at the end of 2016.

The utility back will train with the Cheetahs until the end of June, before returning to France where he will join Montpellier in the Top 14.

According to Netwerk24, Goosen has trained in the flyhalf position from Monday, with regular pivot Niel Marais training in midfield.

This could see Goosen handed the Cheetahs No 10 jersey when coach Rory Duncan names his team on Thursday.

The Afrikaans website also reported that Springbok coach Rassie Erasmus will attend the match as a guest of the Cheetahs.

The 25-year-old Goosen would want to use the match as an opportunity to prove to the Bok coach that he has a future with the national team.

While SA Rugby’s policy states that only Springboks with 30 or more Test caps may be picked for the national team outside a World Cup year, a report over the weekend confirmed that Erasmus has the scope to bend the ruling if he can persuade his bosses.

Friday night’s clash at the Free State Stadium is scheduled for 19:35.

We live in a world where facts and fiction get blurred
In times of uncertainty you need journalism you can trust. For only R75 per month, you have access to a world of in-depth analyses, investigative journalism, top opinions and a range of features. Journalism strengthens democracy. Invest in the future today.
Subscribe to News24
Related Links
Bulls centre to train with Munster
WATCH: Bok scrumhalf KOs TWO opponents in 1 move!
Boks at 9 and 10: It’s wide open
Next on Sport24
Irish teams continue to dominate PRO14 despite SA players' heroics 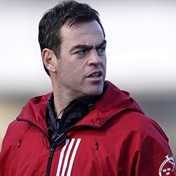