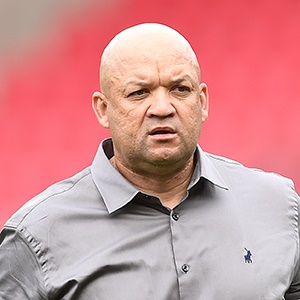 Port Elizabeth - The Kings have announced a 25-man squad that will travel to Belfast to take on Ulster in a PRO14 Round 18 clash on Saturday.

The team leaves for Ireland from Port Elizabeth on Wednesday evening, which will be the side’s final trip overseas for the 2018/19 PRO14 season.

After a two-week break since their last match – a close 19-26 defeat to Cardiff Blues in Wales earlier this month – the side will be eager to get back to action and will look to earn their first overseas win of the season.

"We have opted for consistency with the aim of building momentum from what was a close match against Cardiff Blues two weeks ago," coach, Deon Davids, said ahead of the side’s departure.

"A guy like CJ Velleman, who missed out on the last tour because of a suspension, could have easily come back into the side, but we have somebody like Henry 'Bakkies' Brown who performed very well for us on tour, and so did Stephan de Wit, but we could only pick one of them."

Experienced scrumhalf, Sarel Pretorius, was omitted from the touring squad after he sustained a knee injury at training last Friday. The 34-year-old Pretorius will be undergoing scans this week to determine the extent of his injury. His place in the touring group has been taken by Ruan van Rensburg.

In a pre-planned rotational change, centre Berton Klaasen will get some rest this week as Harlon Klaasen travels with the team to Belfast as he joins Meli Rokoua and Tertius Kruger as the traveling midfielders.

We live in a world where facts and fiction get blurred
In times of uncertainty you need journalism you can trust. For only R75 per month, you have access to a world of in-depth analyses, investigative journalism, top opinions and a range of features. Journalism strengthens democracy. Invest in the future today.
Subscribe to News24
Related Links
Stormers turning back the clock defensively
Bulls: Struggling Chiefs can 'click' at any time
Bookies firm Wales RWC believers, slash odds
Next on Sport24
EXPLAINER | SA Rugby’s move up north to the Rainbow Cup - What is it and how will it work?