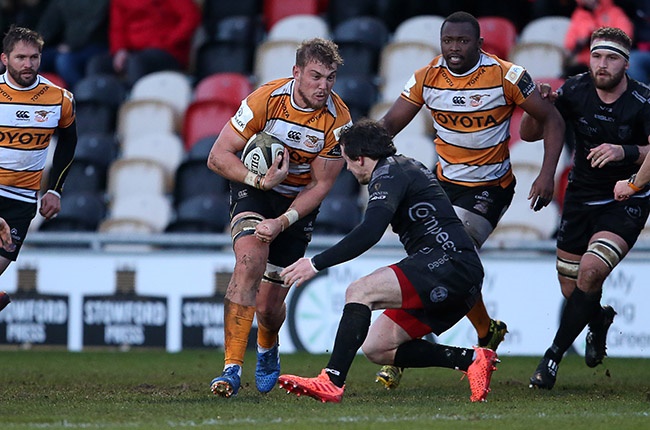 Cheetahs loose forward Aidon Davis in action during the PRO14 encounter against the Dragons at Rodney Parade in Newport, Wales on 29 February 2020.
Chris Fairweather/Gallo Images

PRO14 organisers on Wednesday confirmed they were in talks with SA Rugby regarding the possibility of adding more South African teams in the competition.

Recent media reports indicated that the tournament could be expanded to 16 teams, with four South African franchises participating.

For the moment, South Africa is guaranteed two franchises, but PRO14 organisers admitted it could expand in the near future.

A statement on the PRO14's official website read: "SA Rugby's long-standing commitments are to field two teams in the PRO14 and in light of the withdrawal of the Southern Kings, discussions are ongoing about fulfilling this agreement from 2021 using a replacement team from its current professional franchises.

"Additionally, both PRO14 Rugby and SA Rugby are in early discussions about potentially expanding the tournament and deepening our partnership to include more South African franchises from 2021."

The Cheetahs and Southern Kings were South Africa's two PRO14 outfits, but it is believed that SA Rugby was keen to field its four Super Rugby sides - the Bulls, Lions, Sharks and Stormers - in an expanded PRO16.

The Kings will take no further part in the 2020 season due to financial difficulties, while Griquas and the Pumas will join the other franchises in a seven-team double round of Super Rugby Unlocked and Currie Cup.

"PRO14 Rugby welcomes the news that the South African Rugby Union (SA Rugby) has been able to arrange a domestic schedule for its professional teams and that this is the first step in the return of their teams to on-field action," the PRO14 statement concluded.