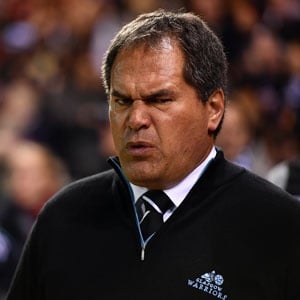 Cape Town - Glasgow Warriors coach Dave Rennie is wary of the Southern Kings’ set-pieces ahead of the teams’ PRO14 clash at the Scotstoun Stadium on Friday night.

The Warriors are unbeaten in the competition having won their first six games, but have come unstuck in recent weeks in the European Champions Cup, losing their first two games against Exeter (24-15) and Leinster (34-18).

The Kings, meanwhile, are yet to win a PRO14 game, losing all six of their fixtures.

But New Zealander Rennie, who coached the Chiefs to two Super Rugby titles, has warned that his team will not be underestimating the Kings, who he believes boast potent set-pieces.

"The previous couple of weeks in Europe have been good for us. It has highlighted the shifts we need to make in our game and the importance of accuracy and the patience to build pressure. We’ve been working hard on that part of the game,” Rennie told the Scottish club’s official website.

"The Kings provide a similar challenge, an imposing set piece and an ability to hurt you deep in your territory. We see this game as a chance for redemption and have prepared well. There is a fresh look about our side which is exciting."

We live in a world where facts and fiction get blurred
In times of uncertainty you need journalism you can trust. For only R75 per month, you have access to a world of in-depth analyses, investigative journalism, top opinions and a range of features. Journalism strengthens democracy. Invest in the future today.
Subscribe to News24
Related Links
WP wary of Bosch drop goal threat
WP put faith in Willemse for Currie Cup final
Bookies back Sharks for Currie Cup glory
Next on Sport24
Irish all for South African powerhouses joining PRO Rugby