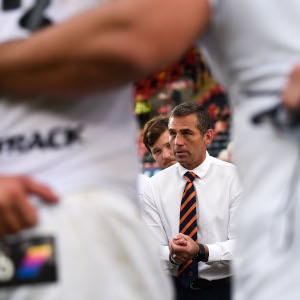 According to Netwerk24, the Cheetahs believe the European teams employ this tactic in order to combat the altitude when they play in Bloemfontein.

Smith told the Afrikaans publication that he was upset after last Sunday’s 30-26 loss to Munster that Italian referee Marius Mitrea allowed the Irish side to constantly delay play.

The Cheetahs mentor confirmed that he had sent an email to Greg Garner, who is the PRO14 referees boss.

“The email, in which I stipulated my complaints, has been sent. It’s about overseas teams wasting time and the referees allowing it. It’s disruptive if we can’t execute our game plan.”

Smith said he was expecting an answer from the referees boss by next week, as most referees are currently at a World Rugby meeting.

The Cheetahs are struggling in this year’s PRO14, having won just one out of eight games and sit at the bottom of Conference A.

Their next outing is against Italian side Benetton Treviso in Bloemfontein on Saturday, November 24.

We live in a world where facts and fiction get blurred
In times of uncertainty you need journalism you can trust. For only R75 per month, you have access to a world of in-depth analyses, investigative journalism, top opinions and a range of features. Journalism strengthens democracy. Invest in the future today.
Subscribe to News24
Related Links
Mostert, Du Toit could start as Bok lock duo
Freak eye injury sidelines All Black Moody
Stick: World-class Faf vital to Bok cause
Next on Sport24
Cheetahs looking to go Russian or US route after PRO14 expulsion - report