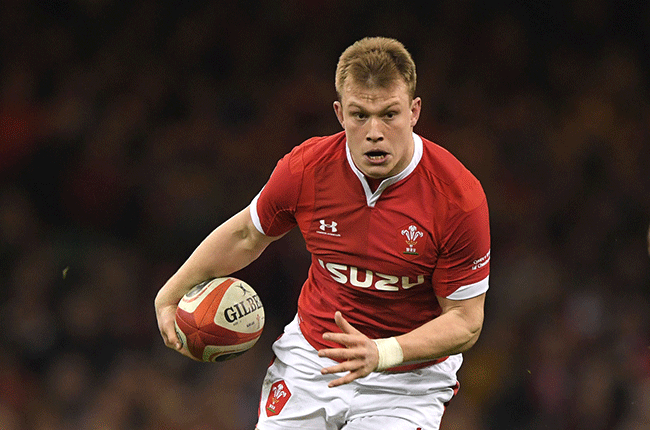 Wales centre Nick Tompkins will play for PRO14 side Dragons on loan from Saracens for the 2020/21 season, it was announced on Friday.

The 25-year-old signed a new contract with the European champions in December and said his long-term future remained with Saracens.

But the Premiership title-holders will be playing in the second tier of English rugby union next season after being relegated for salary cap breaches.

Dean Ryan, the Newport-based Dragons director of rugby, said: "We're delighted to be able to welcome a player of Nick's calibre to the region.

"He has enjoyed success in a Saracens shirt and he brings that winning mentality and attitude, as well as enjoying a fresh environment and competition in which to challenge himself."

Tompkins scored on his Wales debut against Italy earlier this year and featured in all four 2020 Six Nations games before the last round was postponed because of the coronavirus pandemic.

He has won four English Premiership titles and three European Champions Cup titles with Saracens, for whom he has played 118 times.

"I love this place, it's my home," Tompkins said in a Saracens statement. "I wanted to sign my future here and make sure I can be here long-term."

But he is eager for his new challenge with the Dragons.

"The region is clearly making great progress under the guidance of Dean Ryan and I am really excited about contributing to the cause," he said.

We live in a world where facts and fiction get blurred
In times of uncertainty you need journalism you can trust. For 14 free days, you can have access to a world of in-depth analyses, investigative journalism, top opinions and a range of features. Journalism strengthens democracy. Invest in the future today. Thereafter you will be billed R75 per month. You can cancel anytime and if you cancel within 14 days you won't be billed.
Subscribe to News24
Related Links
2023 Rugby World Cup organisers face seeding problems
The bad luck that dogged Victor Matfield's start in a Springbok jersey
Bulls recruit Sintu Manjezi looks back on his time at the Cheetahs
Next on Sport24
SA teams to contest United Rugby Championship, prospects of Champions Cup participation

Get the newsletter
Voting Booth
Would you be keen to see the Springboks join the Six Nations?
Please select an option Oops! Something went wrong, please try again later.
Yes! The Northern Hemisphere is the future.
52% - 2453 votes
No! The Rugby Championship is still the pinnacle.
48% - 2243 votes
Previous Results
Showmax
The story of a legend: Sir Alex Ferguson