Argentina centre Jeronimo de la Fuente has signed a three-year deal with Perpignan after being released by the Jaguares due to financial issues, the French second-tier club said on Sunday.

De la Fuente, 29, who has 54 Argentina caps, was told last month, along with the rest of the Argentinian Super Rugby franchise's squad to find other clubs due to the impact of the coronavirus pandemic on the country's rugby union (UAR).

The ex-Jaguares captain led his side to the Super Rugby final last season where they lost to New Zealand's Crusaders.

"I'm very happy to be a part of this club and I can't wait to meet by new team-mates, coaches and the fans," he said on the Catalan outfit's Facebook page.

"I hope to fulfil my dream of playing the Top 14 with Perpignan," he added.

Perpignan were second in ProD2 when the season was declared over due to the Covid-19 outbreak without promotion to the Top 14.

Fiji flyhalf Benjamin Volavola and Tonga prop Siua Halanukonuka will also feature for the Stade Aime-Giral side as they eye a return to the top-flight.

Other Pumas internationals including loose forward Marcos Kremer and lock Guido Petti have also left their deals with the UAR for contracts with French clubs. 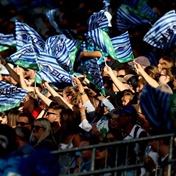