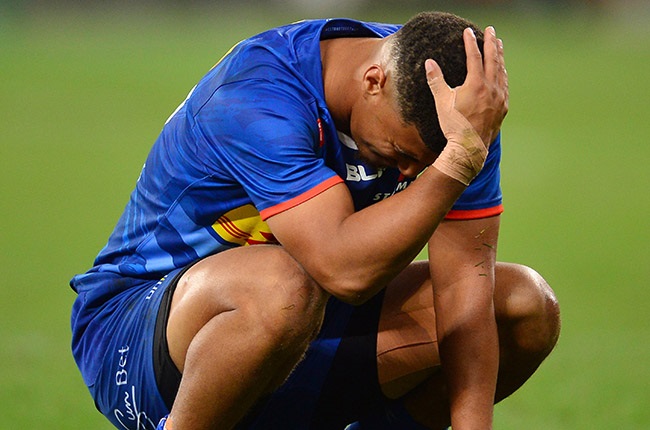 Soon after Saturday's Rainbow Cup clash between the Stormers and Bulls got underway at Cape Town Stadium, SuperSport commentator Hanyani Shimange pointed out that this was probably the biggest match of Abner van Reenen's career so far.

The 22-year-old Stormers flyhalf was introduced to the bulk of South African rugby lovers with an impressive display against the Lions in this year's Preparation Series, but on Saturday, he took the step up.

Kade Wolhuter was earmarked to be the Stormers' first-choice playmaker for the tournament, but when he went down with a torn ACL last weekend against the Sharks, the door opened for Van Reenen.

A tall player who looks to have an element of x-factor about him, Van Reenen did not have the best of evenings.

Up against Springbok veteran Morne Steyn, his tactical kicking and decision-making were found wanting on numerous occasions.

The moment that summed Van Reenen's evening up came in the second half with the Stormers bashing away at the Bulls line, just 5 metres out, when it looked like the momentum of the contest had shifted in their favour.

The ball went to Van Reenen, who could have spread it wide or charged towards the line himself. Instead, and somewhat inexplicably, he stabbed a grubber through the Bulls defence that didn't give any of his attackers a chance before dribbling out of play.

Van Reenen dropped to his knees with his head in his hands while, in the coaching box, Dobson couldn't believe what he had seen.

There were, of course, other reasons for the Stormers not getting over the line.

Their lineout did not function and they were not clinical enough with their multiple opportunities, but with Wolhuter out injured, the Stormers are being stretched at No 10.

Speaking after the match, Dobson defended Van Reenen, emphasising how little rugby he had played at this level.

"Abner hasn't played much rugby over the last year and a bit and then going into a high-pressure game like this is putting him under quite a bit of stress," said Dobson.

"I think he was very, very nervous before the game.

"He had some very good moments.

"I don't fault our effort and you can see it at the breakdown and in the way we chased kicks. It was just the odd execution error, whether it was Paul de Wet not passing to Pieter-Steph under the poles, or an offload there, or a scrum there ... it was across the board.

"To take Abner, with one Preparation Series game in over a year, and then to throw him in against Morne Steyn and judge him on that would be harsh.

"But, there is certainly lots to work on."

Dobson bemoaned his side's inability to turn their territorial and possession dominance, particularly in the second half, into points.

"We worked hard. We certainly had enough opportunities to win it. I think in the second half we spent 35% of the time in heir 22, so our conversion rate there was poor," said Dobson.

The Stormers now travel to Ellis Park for a clash against the Lions next weekend. Both sides are searching for their first win in the competition.