Dobson excited to pick son of Bok legend Andre Venter: 'It's the hooker version of his dad' 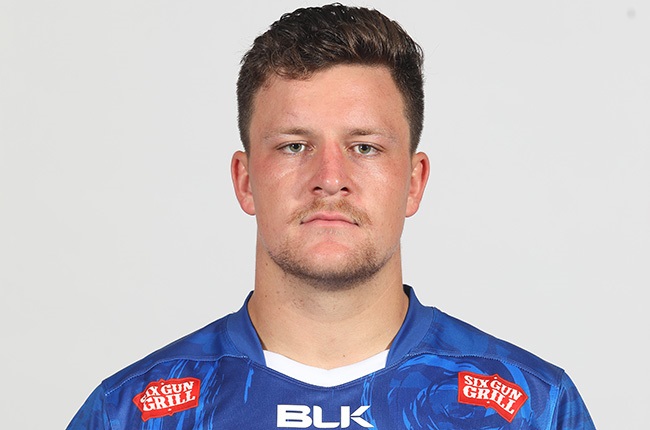 Stormers coach John Dobson is excited about the prospect of unleashing young hooker Andre-Hugo Venter in Friday's PRO14 Rainbow SA clash against the Bulls in Pretoria.

The 19-year-old, who is the son of former Springbok flank Andre Venter, has been a standout in the Varsity Cup for Maties and will make his Stormers debut if he a gets a run off the bench.

The young Venter gets a spot on the Stormers bench as Scarra Ntubeni is rested, with Bongi Mbonambi running out in the No 2 jersey.

"We are very excited about Andre-Hugo Venter. We think he's a big star of the future and he'll play for us over the next two weeks. Bongi will rest next week," Dobson told reporters in a virtual media briefing on Thursday afternoon.

Despite the teenager playing in the front row, Dobson has noted similarities between father and son.

"He's still going to have to learn... he's 19 years old. A hooker won't know all the nuances of scrumming, [lineout] throwing... that's sort of a dark art that takes a couple of years... but I think you'll see his intensity in general play. He covers ground quickly, he's really competitive, really aggressive.

"It is young for a hooker, but the sooner we start the journey, the [better]. He gets the privilege of playing with Steven Kitshoff, Frans Malherbe and Ali Vermaak... it will only enhance his career. But I think we're going to be delighted with him. He's very tough, like his dad..."

Dobson, meanwhile, made two changes to the backline and two to the forward pack for the north-south derby at Loftus Versfeld.

Rosko Specman, who is on loan from the Cheetahs, comes straight into the starting line-up at right wing, while the other change to the backline sees Tim Swiel make his first start of the campaign at flyhalf.

Up front, David Meihuizen comes in at lock for JD Schickerling, who picked up an ankle injury in training this week, while Neethling Fouche starts at tighthead prop.

"We can't loan a player in the interest of trying to get him exposed for the national cause and then not choose him," Dobson said of Specman's inclusion.

"We want to play a more attacking brand of rugby and 'Speccies' fits those sort of plans. He fits how we see Western Province rugby over the years - a really good pack but then some X-factor at the back."

Regarding Schickerling's injury, the coach elaborated: "Unfortunately JD rolled over his ankle, which is a pity because he was going really nicely. So, it's a bit of a blow for us but David was outstanding in that first game we played against the Bulls in Cape Town."

Dobson said he expected Schickerling to be sidelined for two to three weeks with a Grade 2 lateral ligament strain.

Friday night's encounter kicks off at 19:00.