Cape Town - The 2014-15 Professional Rugby Injury Surveillance Project (PRISP) has been published which monitors and analyses the injury risk of Premiership Rugby players in Premiership Rugby, European and National competition and training.

According to a RFU press release, the study is the most comprehensive and longest running injury surveillance project in professional rugby.

Results from the latest study show the overall likelihood of a player sustaining a match or training injury remained stable last season and within the expected range of variation seen since the project began in 2002.

The severity of match and training injuries (the time taken to return to play) was the highest reported. Although the average severity of 29 and 28 days respectively still falls within the expected range, there appears to be a trend for an increasing severity of injuries.

While the precise reasons for this trend are still unclear they are likely to reflect a number of factors.

Last season saw a small increase in a number of relatively uncommon injuries causing more than 84 days absence that have a disproportionate effect on the mean severity. Specifically the incidence of Anterior Cruciate Ligament (ACL) and Medial Collateral Ligament (MCL) injuries to the knee was double that seen in 2013-14.

The overall risk of training injuries was lower than that seen in the previous two seasons.

Concussion was the most commonly reported match injury for the fourth consecutive season amounting to approximately 17% of all match injuries.

95% of all concussions occurred in games with 110 reported cases from 70 Premiership Rugby, 23 European Competition and 17 National Cup matches played.

It is likely that the continued focus on improving concussion awareness among players, coaches, referees and medical staff together with the ongoing development of more specific and inclusive criteria as part of the Head Injury Assessment (HIA) process have both contributed to the rise in reported cases.

The average time that a player remained away from rugby after a match concussion was 12 days which remained stable compared to previous seasons.

Changes to the nature of the professional game (i.e. more powerful players and/or an increasing frequency of contact events) have been suggested as factors underpinning the increase in concussion incidence.

However, it should be noted that the risk of all other (non-concussion) match contact injuries has remained stable.

Effective concussion prevention is a key area for the game, with a combination of coaching, law-making and refereeing initiatives all likely to be needed. It is expected that the current World Rugby video analysis study investigating the game events associated with head injuries will provide key insights to help reduce the chance of concussion. Data recorded in the PRISP study is being used as part of World Rugby's analysis.

Related Links
Sharks set for biggest test yet
Broke Tonga look for government bailout
Sevens to stay in Wellington
Share
Next on Sport24
Beauden Barrett to play in Japan, remain with All Blacks 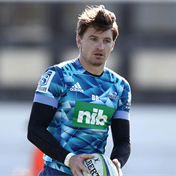