Elton Jantjies has never been anything but phlegmatic in becoming one of South African rugby's most accomplished flyhalves.

And it's that composed approach to the game that he believes has served him well in overcoming one horror half of play against Wales last month.

The experienced 32-year-old old pivot went into the narrow 32-29 victory at Loftus "cold" after recovering from a long-term shoulder injury and was decidedly rusty.

He hasn't featured since before being included on the bench for Saturday's Rugby Championship clash with the Wallabies in Adelaide.

Jantjies has never been a complainer in terms of his only sporadic appearances at international level, instead carving out a reputation for being a brilliant off-field "preparer" for his teammates.

Focusing on that has also allowed him to shrug off the criticism from the Loftus showing.

"Yeah, obviously against Wales I had about 40 minutes and it was quite nice to be on the park after an injury," said Jantjies on Wednesday.

"But it's been about working hard over the past five weeks and just making sure I'm ready and stay ready [for whenever I might get called up]. I'm looking forward to the weekend."

His recall has elicited a surprisingly muted response from a normally fickle Bok supporters base, perhaps suggesting that there's consensus about him being a useful option against the wily Australians. 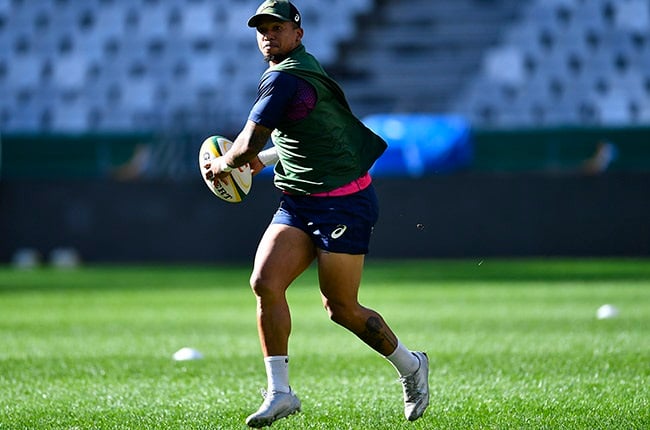 Jantjies' decisive showing as a replacement in last year's thrilling win over the All Blacks - in Australia - where he delivered neat attacking touches and conjured up a superb drop goal, is also still enjoying top-of-mind awareness.

Not that he's going out to be a potential hero on his own.

If moments like the ones on the Gold Coast last year are going to happen, it will be because his teammates created them.

"For us, it's about the 15 starting initially and as a bench we need to have a certain impact too. It’s not about an individual. We had a certain moment [last year against the All Blacks] where all of us were switched on. We were on the same page.

"It was just about an individual taking the opportunity created," said Jantjies.

"In this group, what we do is for the team. It's not about individuals. Of course you have you personal objectives as a player, but we you join the Boks it's about making sacrifices. We all have a plan and we prepare each other accordingly.