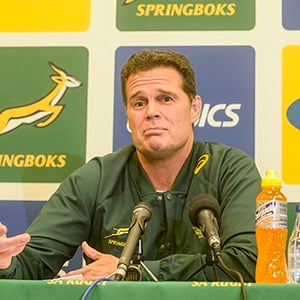 Cape Town - Rassie Erasmus, the SA Rugby Director of Rugby, has named a squad of 28 players for the visit to Argentina, where the Springboks will face the Pumas in Mendoza next Saturday.

South Africa and Argentina meet on Saturday, August 25, for the second time in as many weeks in the opening stages of the Rugby Championship.

On Saturday, the Springboks defeated the Pumas 34-21 in a bonus-point win in the first encounter between the sides in Durban.

The Springboks have a recovery day on Sunday in Durban, while Siya Kolisi and the squad are due to fly out to Argentina on Monday morning.

Erasmus will announce his match day squad on Thursday and Saturday’s away match will be televised live on SuperSport 1 from 21:10 (SA time).

Springbok travelling squad for the Rugby Championship match in Argentina