While South Africans were greeted with news of the return of local rugby on Tuesday afternoon, there was still no clarification as to whether the Springboks would play in the upcoming Rugby Championship.

SA Rugby confirmed that the local season will resume on 26 September with a friendly double-header at Loftus Versfeld in Pretoria, when the Bulls take on the Sharks and the Lions battle the Stormers on Super Fan Saturday.

READ | The wait is over! Rugby returns to South Africa in late September

That will be followed by the Springbok Showdown, a unique match that will pit the best local stars and top, up-and-coming talent against each other on 3 October with two teams - Springbok Green and Springbok Orange - picked by director of rugby Rassie Erasmus and Springbok coach Jacques Nienaber.

The third element of rugby's return sees a double round local competition between seven franchises, which kicks off on the weekend of 10 October.

But news whether the Springboks will take part in the Rugby Championship was not forthcoming.

SA Rugby CEO Jurie Roux did confirm that plans were still being pursued in that regard but were dependent on international travel and other governmental restrictions as well as player wellness and high performance considerations.

"We're still not in a position to confirm plans for the Springboks, but it remains our wish that they play Tests this year," said Roux.

"It would not only be great to see the Rugby World Cup champions in action, but it would also give the Bok management valuable preparation for next year’s tour of the British & Irish Lions," he added.

The Rugby Championship, originally scheduled for New Zealand, will be held in Australia from 7 November. 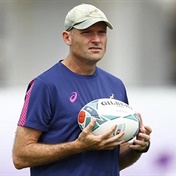