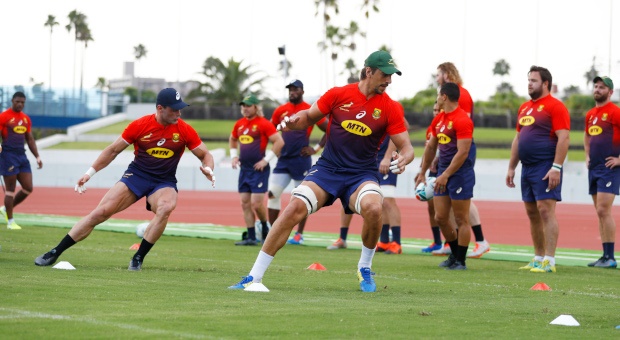 Shizuoka - SA Rugby announced on Thursday it would launch an internal investigation into allegations lock Eben Etzebeth assaulted and racially abused a homeless man just before the World Cup.

The announcement came a day after South Africa's rights watchdog said it would take legal action against the star player.

"SA Rugby reaffirms its commitment as a good corporate citizen to abide by any requirements placed on it or its employees by South African authorities," SA Rugby said in a statement.

"We have fulfilled all requests to date and will continue to do so as and when advised.

"Following our discussions with the South African Human Rights Commission, we have instituted an internal process to address the matter, the details of which remain an employment matter between SA Rugby and the player."

The Human Rights Commission announced it would "institute legal proceedings against Mr. Eben Etzebeth in the Equality Court" on Friday.

Etzebeth, 27, allegedly insulted, assaulted and pointed a gun at a 42-year-old homeless man in Langebaan in August.

He was named in South Africa's squad for the World Cup in Japan just a day after the allegations surfaced on social media.

The 78-cap lock was interviewed by Human Rights Commission officials before flying out with the South African squad. He denied the allegations.

The commission said it would meet the complainant on Thursday to take further instructions.

The commission will also hold a public meeting on Thursday in the town.

He also said the commission will approach the country's police service to ask it to look into claims of bias against a police officer who initially investigated the matter.