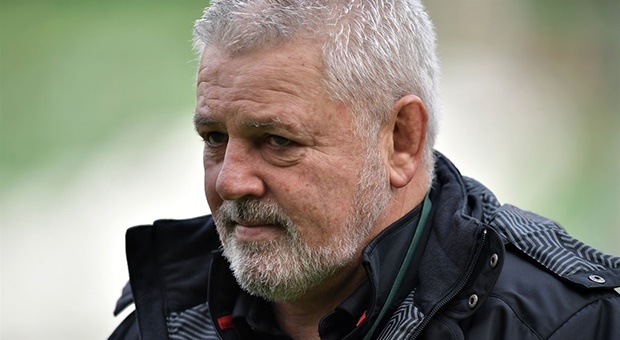 Kitakyushu - Wales coach Warren Gatland said he was "shocked" on Wednesday and urged his team to recover quickly after his assistant Rob Howley was sent home over betting allegations just days before the Rugby World Cup.

Gatland said Howley, the former Wales scrum-half and captain, was "devastated" by the bombshell turn of events that has thrown the Six Nations champions' preparations into disarray.

Attack coach Howley, Gatland's right-hand man at Wales since 2008, left their World Cup camp on Monday and will be investigated over a possible breach of World Rugby regulations covering anti-corruption and betting - which is outlawed for players, coaches and match officials.

"I have had better birthdays for sure!" said Gatland, who turned 56 on Tuesday, the day he broke the news to the squad.

"We were shocked. The (Welsh Rugby) Union are dealing with this and my focus has to be on the next five days in terms of preparing the squad for the first World Cup game against Georgia.

"You have to deal with adversity at times and it's how you respond to that. I must say the players have really stepped up in the last 24 hours. They have been incredibly responsible and resilient."

Former Wales flyhalf Stephen Jones, who was due to succeed Howley as attack specialist after the tournament, is on his way to Japan and will join the squad later this week.

Gatland expressed concern for the welfare of the 48-year-old Howley, who had been linked with the Italy coaching job but whose future now appears uncertain.

After a glittering playing career, Howley was part of four victorious Six Nations campaigns as a coach including in 2013, when he deputised for Gatland who was preparing to lead the Lions.

Gatland, who will step down after the World Cup, said he hoped Wales would bounce back quickly from the revelations as they prepare to start their tournament against Georgia on Monday.

"Sometimes that (adversity) brings teams closer together," he said.

"We have got to draw a line in the sand on this and really focus on preparing the team for the next five days. It took a bit of time for this to sink in.

"There was concern from the coaches and the players about Rob's welfare. We have to let the formal process take its course and hopefully that can continue outside our preparation. At the moment these are allegations and obviously Rob was devastated by them. That's all I can say."

Welsh Rugby Union (WRU) chief executive Martyn Phillips said the allegation against Howley was first known a week ago following contact from one of the betting industry's integrity teams.

"We were then contacted formally with further information on Friday evening and at that point we informed World Rugby there was a potential breach and we would be seeking face-to-face time with Rob. We reached the decision on Saturday that we were best-placed to come out to Japan," Phillips said.

"That triggered the formal process we're now in and it will carry on back in Wales. It is a serious allegation about Rob. He's our employee and we have a duty of care to him. I can assure you that has been a major factor we've considered over the last few days.

"Rob is back in Wales and we have put the necessary support around him. We're checking in on his well-being as we formalise our processes to get through the investigation."

England scrum coach Neal Hatley said he was taken aback by the allegations against Howley.

"I was surprised. It was all very clear to us (about betting) before we arrived. You always have to be vigilant. For everyone at the tournament, it is a real live reminder," he said.

We live in a world where facts and fiction get blurred
In times of uncertainty you need journalism you can trust. For only R75 per month, you have access to a world of in-depth analyses, investigative journalism, top opinions and a range of features. Journalism strengthens democracy. Invest in the future today.
Subscribe to News24
Related Links
Robust Boks lean in ONE area for All Blacks
Sharks complete signing spree by landing Blitzboks star
The Springboks' shocking record under referee Garces
Next on Sport24
SA Rugby boss on turnaround: 2016 was our darkest period