Krige remembers 'student of the game' Rassie: 'He analysed everything' 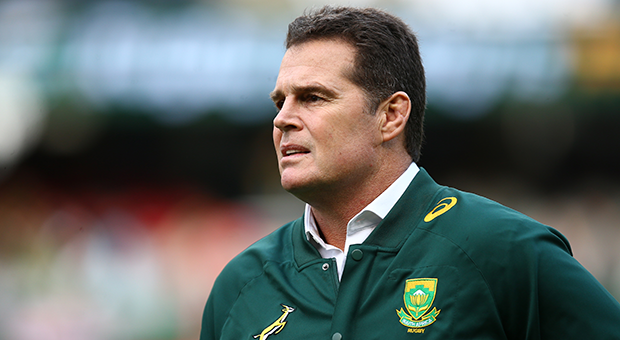 Krige and Erasmus played together for the Boks for three seasons between 1999 and 2001, and Erasmus was in the starting line-up when Krige made his international debut against Italy in Durban in 1999.

Krige would go on to captain South Africa to a 2003 World Cup quarter-final in Australia before finishing with 39 Tests to his name while Erasmus ended on 36 caps.

The two shared change rooms all over the world during those years, and Krige remembers how much time Erasmus used to spend analysing the game away from the field.

"He always showed a very keen interest in the finer intricacies of the game," Krige told Sport24 at a Laureus Sport for Good function in Cape Town last week.

"He had a video machine that could rewind and slow it down through all the frames.

"He was always a very astute player and student of the game ... he analysed everything.

Krige says that it was clear from back then that Erasmus would move into coaching once his playing days were over.

"It's one thing to be technically sound and to have that knowledge, but it's another thing to impart that information onto the players," he said.

"I think he is doing that well ... they understand and it motivates them.

"In England they call coaches managers, because you manage a lot of people, expectation, egos, players and staff."

"You have to manage all those personalities and if you do that well and you understand the game then you're putting yourself in a very good position to win and I think we've done that.

"We're in a very good position and we must execute now going forward."

The Boks are next in action when they take on Italy in Shizuoka on Friday. Kick-off is at 11:45 (SA time).

Related Links
Stormers prop heads to England
Former skipper tells Boks to put referee out of mind
Giantslayers Japan have All Blacks on alert
Share
Next on Sport24
SA Rugby boss on turnaround: 2016 was our darkest period