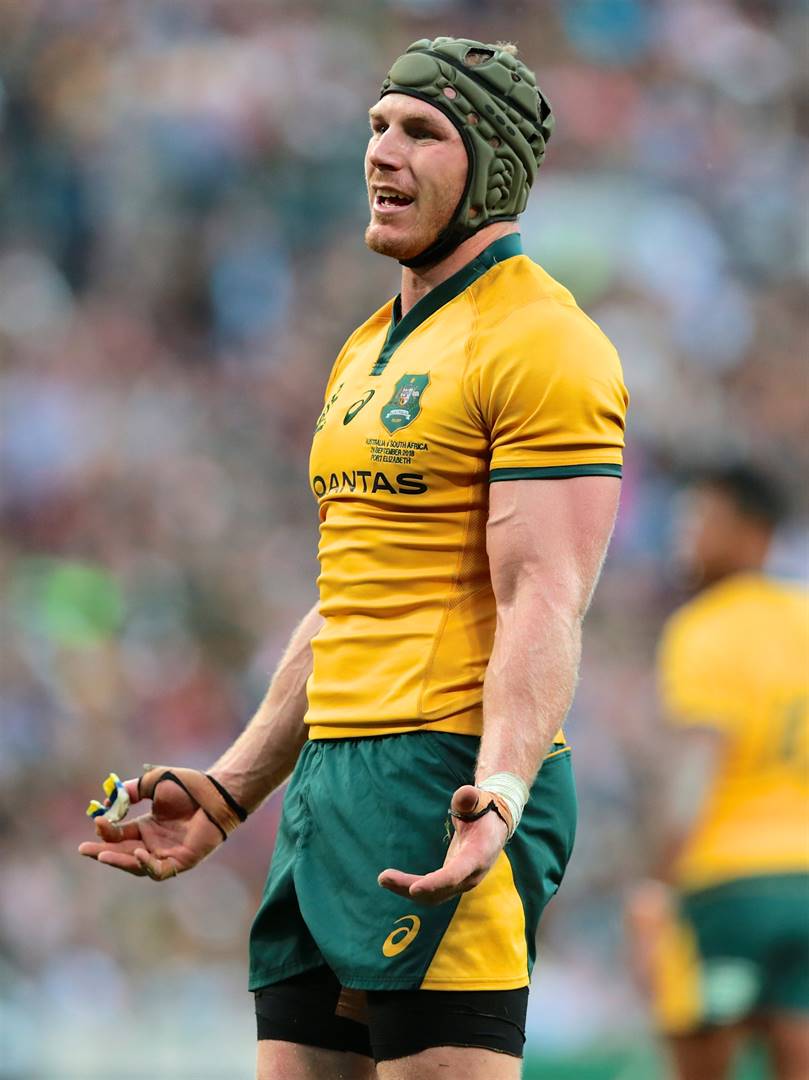 Sydney - Injury-plagued Australian great David Pocock announced on Friday he will retire from international rugby at the end of the Rugby World Cup.

The 31-year-old flank called time on his Super Rugby career in May, but had not said whether he planned to continue with the Wallabies after the tournament in Japan.

But he told reporters on Friday the game against Samoa in Sydney on Saturday, where he will be captain, would be his last on home soil.

"I feel like it's time to move onto other things and contribute in other areas," said Pocock, who will reunite with Japanese Top League side Panasonic Wild Knights next season.

He pointed to the rise of young Australian back-rowers such as Liam Wright and Rob Valetini as part of his reason to call it quits.

"I think looking at the flanks coming through, I think we're in good hands and that's exciting for Australian rugby," he said.

"I feel like I've put a lot into it, I've really enjoyed it, benefited a huge amount."

He joins a growing list of Australians retiring from international duty after the World Cup, including Will Genia and Sekope Kepu.

Fellow veteran Tatafu Polota-Nau, who missed out on World Cup selection, is also hanging up his international boots after Saturday's game.

Pocock, considered a master of the breakdown and vital to Australia's World Cup hopes, made his Wallabies debut in 2008 and has gone on to play 77 Tests for his country.

But he has been wracked with injury in recent years, needing knee reconstructions that hampered him in 2013 and 2014.

He has barely played this year after a series of calf, neck and concussion problems and is making his return against Samoa for his first Test in almost a year.

Born in Zimbabwe, Pocock started playing rugby as an eight-year-old before his family fled the African nation and moved to Brisbane when Robert Mugabe's government enforced radical land seizures.

He made his debut for the Western Force in 2006 just weeks after turning 18, and went on to collect 69 caps with the team over seven years before moving to the Brumbies in 2013.

A formidable ball-poacher and turnover specialist, he was one of the Australia stars at the 2011 World Cup and again in 2015, when they unexpectedly reached the final.