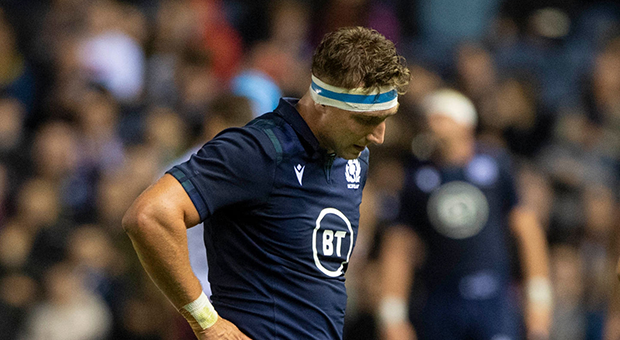 The 23-year-old stayed behind when his team-mates flew to the far east on Monday after sustaining a deep wound to his face during last Friday's 36-9 final warm-up win over Georgia at Murrayfield.

Ritchie underwent further specialist assessment but the Scottish Rugby Union says he is fit enough to travel and will join the rest of the squad at their training camp in Nagasaki on Thursday.

Magnus Bradbury, who was called up as a temporary replacement, will remain with the squad in Japan as precautionary injury cover.

Scotland open their World Cup campaign against Ireland on September 22, with Japan, Samoa and Russia their other Pool A opponents.

We live in a world where facts and fiction get blurred
In times of uncertainty you need journalism you can trust. For only R75 per month, you have access to a world of in-depth analyses, investigative journalism, top opinions and a range of features. Journalism strengthens democracy. Invest in the future today.
Subscribe to News24
Related Links
Crash, bang! Ox to extend rich Sharks tradition
Blitzboks coach Powell to experiment at Oktoberfest7s
WATCH | Springbok legend Chester Williams remembered
Next on Sport24
SA Rugby boss on turnaround: 2016 was our darkest period