London - European champions Saracens will drop their appeal against a £5.4 million fine and a 35-point penalty for salary cap breaches, according to British media reports on Sunday.

Saracens had planned to appeal against the "heavy-handed" punishments that were described by the English Premiership club's chairman Nigel Wray as "absolutely devastating".

But ahead of Monday's deadline to officially serve notice of appeal, the Sunday Times reported Saracens are poised to confirm they will accept the punishments.

While an appeals process was in place, the sanctions were suspended.

The points penalty would now come into immediate effect on Monday once the club has confirmed its decision.

It means English champions Saracens, currently third in the table on 13 points, a point behind leaders Bristol, will sit on -22 points, 26 adrift of bottom club Leicester.

It is understood the club will be given a short period of time to make payment of their fine.

An independent panel, led by barrister Lord Dyson, found the club had failed to disclose payments to players in each of the 2016/17, 2017/18 and 2018/19 seasons, and had also exceeded the ceiling for payments to senior players.

No details have been revealed on the size of the undisclosed payments or the recipients.

The panel was established after a nine-month Premiership Rugby investigation led to charges being brought in June.

Saracens have yet to comment about the report they will drop the appeal.

Mark McCall's side are due to play Racing 92 in the European Champions Cup in Paris on Sunday.

Speaking to BT Sport ahead of the Racing clash, McCall made it clear he wouldn't be involved in the appeal decision.

"Other people in the club are going to make that decision. As far as I know the deadline is tomorrow," he said.

"My job is very clear and that's to get on with the rugby and get the very best out of this group.

"It's not my decision. It's a decision for other people in the club." 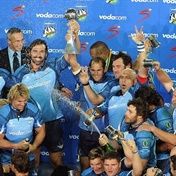