Schmidt gets call as All Blacks and Ireland hit by Covid 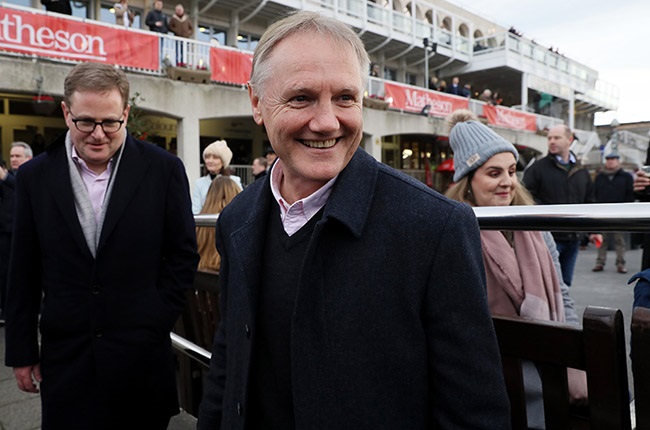 New Zealand's preparations for the first Test against Ireland were thrown into disarray on Monday after head coach Ian Foster, two of his assistants and two players tested positive for Covid-19, with the visitors also hit by the virus.

To help cope with the disrupted build-up New Zealander Joe Schmidt, who coached Ireland from 2013-2019, was rushed into camp to attend All Blacks training sessions.

Munster's Niall Scannell has been added to the squad to provide additional cover at hooker and is expected to arrive on Tuesday, Ireland said in a statement.

Foster, forwards coach John Plumtree and defence coach Joe McLeod are all isolating while infected New Zealand players David Havili and Jack Goodhue - both specialist midfield backs - have not joined the squad in Auckland ahead of Saturday's series opener.

Braydon Ennor, who has played four Tests and is a teammate of Havili and Goodhue at newly-crowned Super Rugby Pacific champions the Crusaders, was called in as cover.

David Havili and Jack Goodhue have also tested positive and are also not with the team in Auckland.

This potentially rules out Foster, Plumtree and McLeod from attending the Test at Eden Park, although it is unclear when their isolation periods began.

But they have a secret weapon in Schmidt, who has an intimate knowledge of Ireland's senior players and management.

He was due to join the All Blacks staff for the upcoming Rugby Championship, but Foster said it made sense for him to get involved now.

"Joe will come in for Tuesday and Thursday's trainings this week, and we're really grateful to have his help," he said in a statement.

"We've planned for this kind of disruption and we've got back-up plans and people on stand-by. Joe was one of those people we could call on.

"I've got every confidence in our coaching group, and in our senior leaders who are all stepping up in what's a massive test for us," he added.

"Everyone has had to deal with these kinds of disruptions over the past couple of years. This is a real opportunity for the coaching group and team to pull together."

The coaches who will now oversee the build-up are assistants Brad Mooar and Greg Feek, along with Schmidt.

New Zealand should have sufficient depth to cover the absence of Havili and Goodhue, who have played 33 Tests between them.

Havili was considered a strong possibility to start the first Test but Chiefs midfield back Quinn Tupaea, who earned seven caps last year, is set to wear the No 12 jersey, forming a midfield combination with Rieko Ioane.

Goodhue had recently returned from injury and was regarded an unlikely prospect to start.