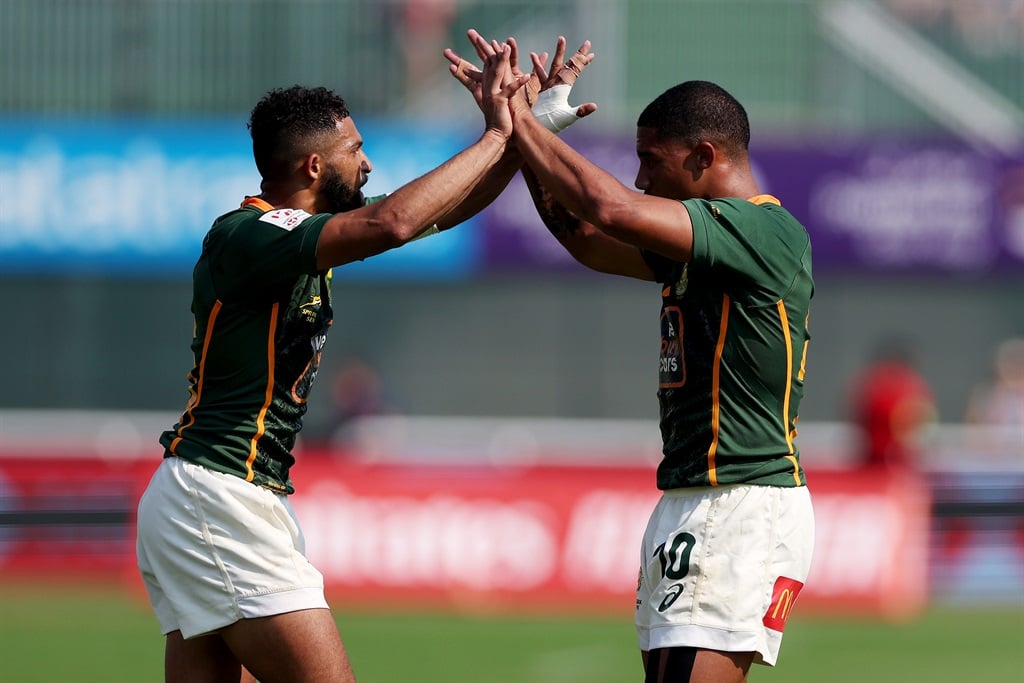 Shilton van Wyk crossed for two tries as South Africa beat Ireland 21-5 to win the second leg of the World Rugby Sevens Series in Dubai on Saturday while Australia claimed the women's title.

With qualification for the Paris 2024 Olympic Games resting on this season's standings, stakes are high, so it showed on the second day in the UAE with some more high-quality sevens.

South Africa are winners of five of the last six tournaments in Dubai, including twice last season when events were played on back-to-back weekends as organisers juggled with the post-pandemic travel issues.

The Blitzboks have now won the Dubai Sevens for a record-extending 10th time.

The Blitzboks saw off Samoa 24-19 in the quarters before running out 26-19 victors over New Zealand in the semis.

Ireland beat Argentina 19-14 before edging the United States -- who beat Hong Kong winners Australia in their quarter -- 12-7 for their place in the final.

Two tries from Van Wyk and another by Siviwe Soyizwapi, all converted by Ricardo James Duarttee, handed the Boks a healthy 21-0 half-time lead over the Irish.

Jack Kelly pulled a try back for Ireland early in the second period, but they couldn't get any closer to South Africa.

The women's competition was won by Australia, who saw off New Zealand 26-19 in the final.

The Kiwis hit back with a Michaela Blyde hat-trick but it proved to be too little, too late under floodlights at The Sevens Stadium.

The top four teams in each competition at the end of the World Series will be guaranteed a spot in the Paris 2024 line-up.