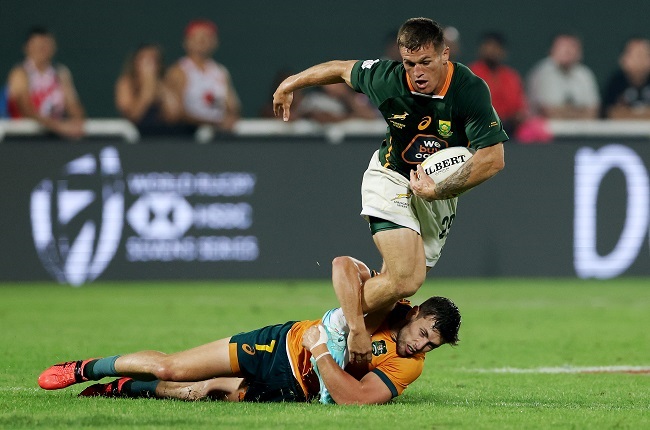 Ricardo Duarttee's instrumental role in reviving the Blitzboks' march towards a 10th Dubai Sevens title last weekend pleasantly surprised everyone, except the men who saw him tear defences to shreds as one of Hoërskool Stellenberg's talismans.

The 24-year-old gained almost instant cult status following his exploits in the UAE, where he, in particular, starred in the quarterfinal and semifinal victories, leading to television commentators Sean Maloney and Karl Te Nana nicknaming him "Tricky Ricky".

Read this for free
Get 14 days free to read all our investigative and in-depth journalism. Thereafter you will be billed R75 per month. You can cancel anytime and if you cancel within 14 days you won't be billed.
Try FREE for 14 days
Already a subscriber? Sign in
Next on Sport
'We weren't good enough': Blitzbok coach reflects on Syndey Sevens final loss to New Zealand