World Series to conclude with Cape Town Sevens in December 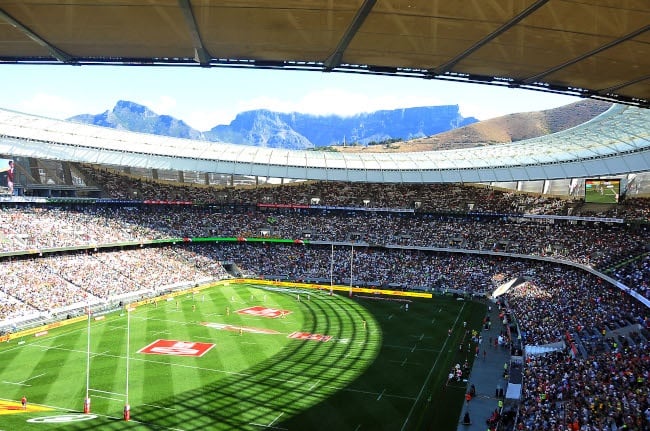 Unlike in previous seasons, the Cape Town Sevens will be the final leg of the 2021 World Rugby Sevens Series.

This comes after World Rugby on Wednesday announced a revamped and shortened series for 2021.

The South African leg returns to Cape Town Stadium from 10-12 December after a Covid-enforced absence in 2020.

The condensed 2021 World Rugby Sevens Series includes five women's and four men's rounds and kicks off in Paris with back-to-back women's tournaments on two weekends in May, before the teams set sail for the Olympic Games, scheduled for Tokyo in July.

The World Rugby Sevens Series will then recommence with men's events in Singapore (29-30 October), followed by joint men's and women's events in Hong Kong (5-7 November), Dubai (3-4 December) and finally in Cape Town (10-12 December).

Detailed discussions are continuing with London and Vancouver on the viability of hosting men's events in the window following the Olympic Games and prior to the Singapore Sevens in October and further updates to the schedule will be given when available.

"The Cape Town Sevens has delivered a world-class event for spectators and players alike since we moved the tournament to Cape Town Stadium in 2015," said Roux.

"We are working very hard to ensure the same high standards and expectations are met this year, given the changed environment and expected pandemic guidelines that will apply."

Roux said the 2021 season would be a taxing one on players and administrators and applauded World Rugby's efforts in this regard.

"We have seen the disruptions caused by Covid-19 in the last year and it was not easy to get all the moving parts together, especially as the postponed Olympic Games also impacted on the normal planning," added Roux.

"Credit must go to those involved to make sure that we will not only have a World Series, but also one that could finish on an absolute high here in Cape Town.

"We saw a very good appetite for the dual format of the tournament in 2019 and I am convinced that the same will apply this December. The fact that we will be the final tournament of the series will add to the excitement and drama that is so closely associated with sevens rugby.

"Matches will be played over three days and with some of the world's best athletes and the unpredictability of sevens, the Cape Town Sevens will yet again provide our spectators with hours of excellent entertainment."

World Rugby interim CEO, Alan Gilpin, added: "Today's announcement of the World Rugby Sevens Series 2021 schedule marks a significant and exciting moment for rugby sevens' re-emergence from the impacts of the global Covid-19 pandemic and we thank HSBC and all series partners for their unwavering support, and host organisations and participating unions for their hard work, patience and spirit of collaboration.

"As a key driver of game growth, particularly in emerging markets, the continued success of rugby sevens and the sevens series is a strategic priority for World Rugby and our US$4 million funding to support sevens programmes is a clear demonstration of our commitment. This unique Olympic year provides a huge opportunity to reach new audiences around the world and introduce them to the speed, skill and excitement of rugby sevens, encouraging them to become future fans of the series.

"Above all, the health, safety and well-being of players, fans and the wider community remains our top priority and all stakeholders will continue to closely monitor global developments with the Covid-19 pandemic and work closely with host governments and health agencies to ensure a safe, secure and highly impactful return to the World Rugby Sevens Series."

SA Rugby said ticketing details would be announced in due course.

We live in a world where facts and fiction get blurred
In times of uncertainty you need journalism you can trust. For only R75 per month, you have access to a world of in-depth analyses, investigative journalism, top opinions and a range of features. Journalism strengthens democracy. Invest in the future today.
Subscribe to News24
Related Links
Double injury blow strikes Lions camp
Peter de Villiers 'won't lie' to his EP players: 'Kill or be killed'
Women's RWC likely to be postponed, SA Rugby says call is 'understandable and sensible'
Next on Sport24
Blitzboks hero Davids on that match-winning try: 'I scored it, but the team created it'