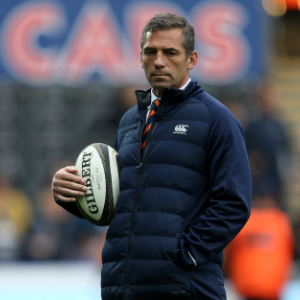 O'Shea resigned from his role with immediate effect last Saturday. The 49-year-old Irishman's contract had been due to run through to the end of May 2020.

Former South African international Smith, who was the coach of the South African Cheetahs franchise, will be supported by Giampiero De Carli (forwards) and Marius Goosen (backs), with Pete Atkinson and Giovanni Sanguin coordinating physical preparation.

"The Federation will continue the process of defining the staff of the national team for the four-year period 2020-23, which will be in office starting from July 1, 2020 in view of the summer tour in the Americas," the FIR said in a statement.

Smith, 47, is no stranger to rugby in Italy, having coached Treviso for six years between 2007 and 2013 before taking over as coach of South African team The Cheetahs in 2015.

He was also assistant coach of South Africa under Allister Coetzee in 2017.

Italy open their Six Nations campaign against champions Wales on February 1 in Cardiff.

The last Italian victory in the tournament was against Scotland in Edinburgh in February 2015, while at home the Azzurri have not won since March 2013, when they beat Ireland in Rome.

O'Shea took over as Azzurri coach 2016 and lead them into the World Cup where they failed to progress past the pool stage.

They beat Namibia (47-22) and Canada (48-7) but their match against New Zealand was called off because of a typhoon and they suffered a heavy 49-3 defeat to eventual champions South Africa.

The former London Irish and Harlequins director of rugby has been linked with a role in the English RFU as this year's World Cup finalists build towards the 2023 tournament in France.

We live in a world where facts and fiction get blurred
In times of uncertainty you need journalism you can trust. For only R75 per month, you have access to a world of in-depth analyses, investigative journalism, top opinions and a range of features. Journalism strengthens democracy. Invest in the future today.
Subscribe to News24
Related Links
Whiteley out of Super Rugby 2020, playing career in balance
WATCH | Neigh what? Joe Marler gives the strangest interview EVER!
Dalton: 2021 Lions tour will be a blockbuster
Next on Sport24
England recall Ford to Six Nations squad for injured captain Farrell

Get the newsletter
Voting Booth
What are your views on the World Rugby men's Player of the Year nominations for 2021 not including any Springboks?
Please select an option Oops! Something went wrong, please try again later.
It's a disgrace! Both Siya Kolisi AND Eben Etzebeth should have been nominated!
39% - 6502 votes
Siya, at the very least, should have been included after a superb season
6% - 1024 votes
Etzebeth has been SA's best player this year and should feel hard done by
21% - 3534 votes
Get over it! Moaning about this just sounds like sour grapes!
33% - 5550 votes
Previous Results
Showmax
The story of a legend: Sir Alex Ferguson