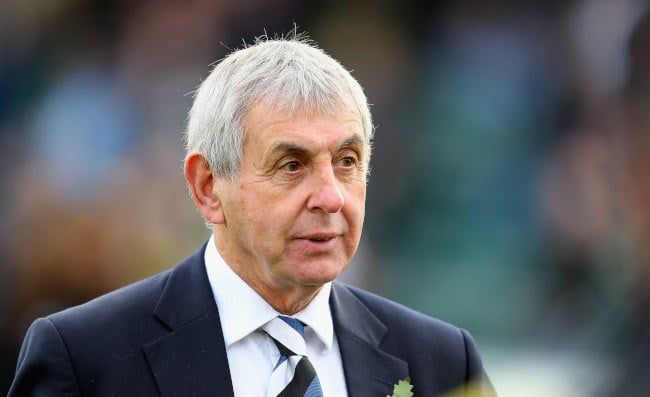 With South Africa's top franchises - the Bulls, Lions, Sharks and Stormers - now plying their trade in the United Rugby Championship with European clubs, there have been rumours that the Springboks could follow suit and join the Six Nations.

In a column for The Telegraph, McGeechan said he supported the view of the Boks playing up north.

"The obvious next step is for some sort of integrated season which sees the Springboks join the Six Nations to make it the Seven Nations," McGeechan wrote.

He added: "Financially it is in the interests of everyone, and it will also be beneficial in terms of raising standards for England, Wales, Scotland, Ireland and Italy.

"The example of the British & Irish Lions shows it also has the potential to be embraced by supporters as well, with fans travelling down to South Africa for a long weekend."

As things currently stand, however, the Boks are committed to playing in the Rugby Championship for the foreseeable future.

Southern hemisphere governing body, Sanzaar, said last year that the Boks would stay in the Rugby Championship until 2030.

"The Rugby Championship will continue to be the flagship of southern hemisphere rugby for the next decade and as in the past will be the key driver and pathway for the unions' continued success at the highest levels of the game including the Rugby World Cup," Sanzaar said in a statement.

"The joint-venture members Argentina, Australia, New Zealand and South Africa are committed to the Championship and to its continued evolution where future growth and expansion form part of a revised 10-year plan."

But McGeechan, who was the Lions coach when they beat the Boks 2-1 in a series in 1997, said he'd like to see the status quo challenged.

"I have to admit that I'm biased and that it's a prospect which excites me. I love South African rugby, and think it brings so much to the game. I'd love to see those links grow stronger still, although I can imagine it’s not a prospect that will be greeted enthusiastically in Auckland and Sydney," he added.

We live in a world where facts and fiction get blurred
In times of uncertainty you need journalism you can trust. For only R75 per month, you have access to a world of in-depth analyses, investigative journalism, top opinions and a range of features. Journalism strengthens democracy. Invest in the future today.
Subscribe to News24
Next on Sport24
Six Nations chief says no plans to add Springboks to northern hemishpere showpiece