Bok physio Rene Naylor: Medical staff care as much about winning as the rest 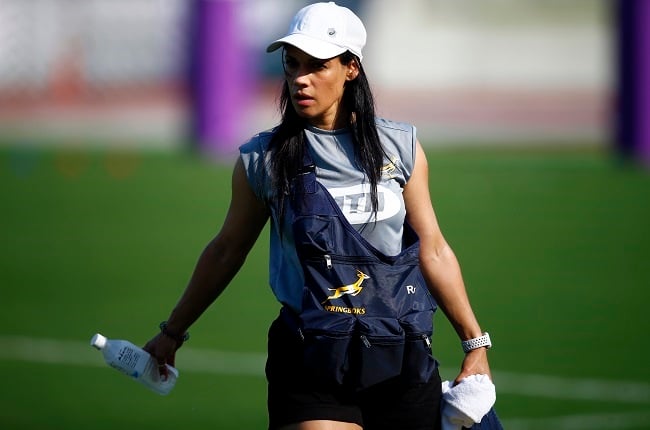 Wellness shouldn't be an excuse for not winning.

Rene Naylor's approach to her craft - she's one of the Springboks' experienced and accomplished physiotherapists - provides yet another piece of the puzzle in the national team's journey to the summit of world rugby again.

Professional sport has become an ethical battle between ruthlessly maintaining on-field standards and respecting an athlete's right to rehabilitation and recovery, with the suspicion persisting that many teams still overrule more cautious medical advice in favour of winning.

Yet Naylor, who has been involved in no less than three World Cup campaigns with the Green-and-Gold, believes those two issues need not be mutually exclusive.

"It's not just coaches who are focused on performance. For any team, it's ultimately about winning, even the medical team," she told a Wits Sports webinar.

"I'd be very concerned if I work in a medical team where you walked off the pitch, lost the match and one of my colleagues comes up to me and say that we shouldn't be worried because we didn't sustain any injuries.

"I'd immediately think we didn't have injuries because we didn't tackle, we didn't do well in the collisions, we weren't playing, performing. It's still about winning and that's why I've always done my homework on what makes teams win."

As a result, since being given her big break in the sport as Western Province's junior teams' physio way back in February 2001, Naylor made sure she sat in technical sessions, first to learn about the game and then to understand its intricacies - to determine, for example, the possible effect of a robust defensive pattern or ferocious cleaning at a ruck on the body and how to deal with those stresses.

More importantly, she realised the single trait that separates good teams from great ones.

"I did a lot of my research on Super Rugby. The teams that have consistently won - and we've only had the Bulls who've done it three times - like this Crusaders have used the same players in 75% of their games," said Naylor.

"It's about consistency. That's why I've always told the coaches I work with that it's not just about the game-plan, but about fitness too so that the coach can select his best team every week. The more they play together and the more combinations gel, the better a team becomes."

Ethics, obviously, shouldn't be sidelined in a coaching regime striving for on-field success.

However, a shift in focus from treating injuries to rather attempting to prevent them from the outset provides a way to balance the two ideals.

And Naylor knows a lot about that - her Masters thesis at UCT was about injury prevention - specifically hamstring problems - during the pre-season.

"Yes, ethics is important. You can't go put a guy on the pitch when you haven't considered his well-being, but, and this is why my interest has always been injury prevention, you have to work very hard towards that mission and have buy-in to that strategy," she said.

"You want your best players on the field consistently. That's what delivers results."

We live in a world where facts and fiction get blurred
In times of uncertainty you need journalism you can trust. For 14 free days, you can have access to a world of in-depth analyses, investigative journalism, top opinions and a range of features. Journalism strengthens democracy. Invest in the future today. Thereafter you will be billed R75 per month. You can cancel anytime and if you cancel within 14 days you won't be billed.
Subscribe to News24
Related Links
Rebels, Reds share spoils after scoreless SUPER TIME period
Envy for Springboks' Jacques Nienaber as NZ get their 'super-trial'
EXCLUSIVE | DTH van der Merwe chats to Sport24
Next on Sport
Springbok fixtures locked in: World champions face All Blacks twice before title defence