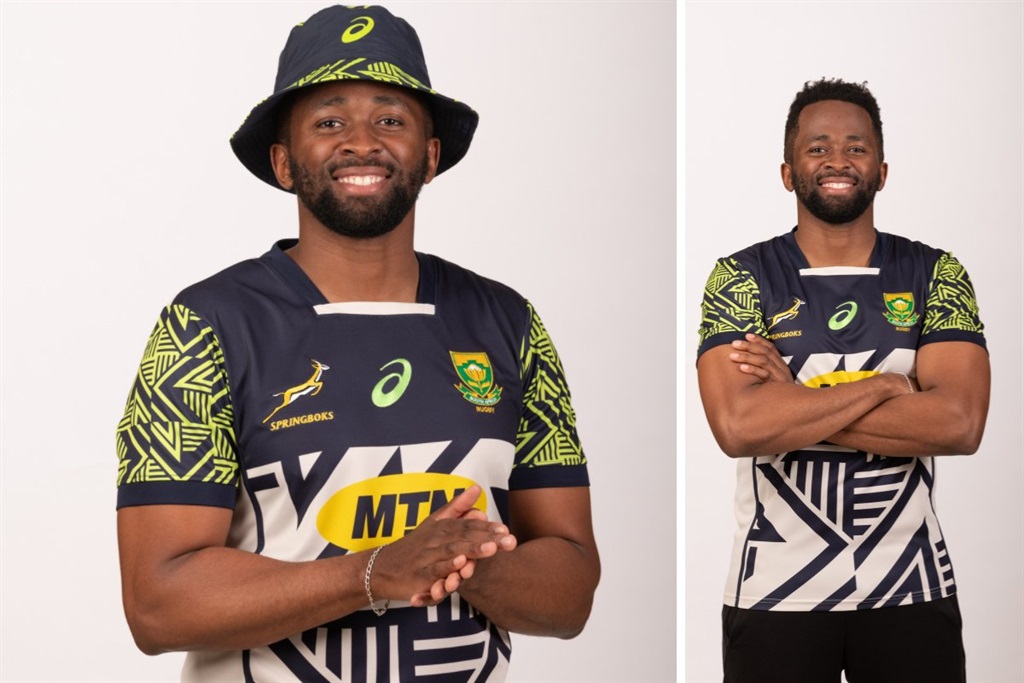 The Springboks will play on game on tour in this limited edition jersey. (Photo: ASICS_ZA/Twitter)

The Springboks will play one game on their end of year tour in an eye-catching limited edition rugby jersey, the team's official shirt partner Asics announced.

In collaboration with Khayelitsha based designer, Mzukisi Mbane, the style is "largely inspired by the iconic African imprint," Mbane told the Asics website.

The Boks begin their northern hemisphere tour against Wales on 6 November; Scotland on 13 November and conclude with a game against England on 20 November.

It is not clear which game the Boks will use to don their latest jersey offering.

It's Mbane’s first collaboration with Asics, and he is relishing the prospect of his work being on display - on the world champions.

"That's going to be magical. I've been counting down to it... When I see that they are wearing something that I contributed to, it's beyond anything I could ever have imagined," Mbane told the website.

"... the pattern on the jersey is inspired by the story I was telling about the print, which is people moving around looking for a better life. That is represented by a maze. When you look into the jersey, you see this interesting maze with this Africa feel. The story of my people moving from different rural areas to the cities looking for a better life."

Mzukisi Mbane was asked to comment on the inspiration for the design of the jersey, he had this to say: "So, the print that I decided to go with for the jersey, is largely inspired by the iconic African ‘imprint'" Read more here: https://t.co/dZi83Yzrl8#ThreadofaNation pic.twitter.com/ShPOHRwaSx

It's not the first time the Boks and Asics have gone the bespoke route with a jersey; as recently as 2017, the Boks donned red jerseys to commemorate 25 years of rugby unity in South Africa.

The Boks are currently in France, where they had their first two training sessions of the week on Monday. They will remain in the French capital until Sunday.

The new jersey is available online and in store at SARugby, Totalsports, Superbalist & Takealot.com.