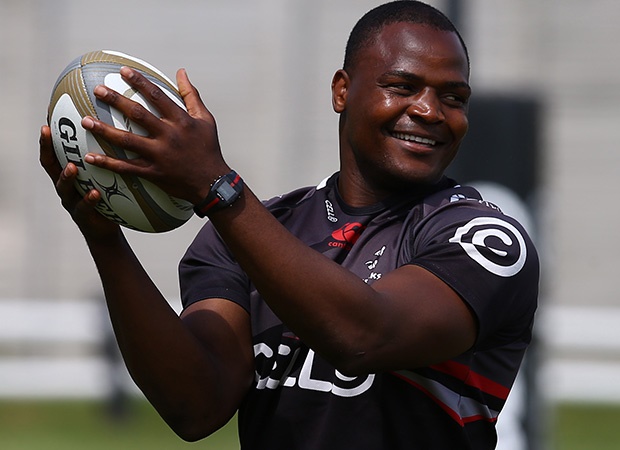 Springbok Chiliboy Ralepelle has confirmed to Sport24 that he will use the prescribed 21-day period to appeal the eight-year ban handed to him by an independent doping tribunal this week.

Ralepelle tested positive for a banned anabolic steroid, Zeranol, last year after an out-of-competition test during his time at the Sharks came back with an adverse finding.

However, the 33-year-old, who came close to making Rassie Erasmus's Springbok squad last year, contended that there were procedural flaws in the case.

"My legal team and I are busy analysing the legal grounds (for appeal)," he said.

The South African Institute for Drug-free Sport (Saids) said in a statement on Wednesday:

"The athlete challenged the doping charge and was afforded the opportunity to seek legal counsel to present his case and version of events to the tribunal panel.

"The hearings were adjourned multiple times and were held over a period of six months. The panel reached a decision first on the merits of the case where they found the player guilty of a doping offense."

The case is the third doping incident involving Ralepelle, after he and Bok team-mate Bjorn Basson were found with banned stimulant methylhexaneamine in their system. But the case was ruled a "No Fault" after SA Rugby took responsibility for supplying players the contaminated supplements.

In 2015, while playing in France, Ralepelle was served with a two-year ban after a March 2014 test came back with traces of anabolic steroid drostanolone.

READ | Chiliboy Ralepelle: This is not how I thought my career would end

We live in a world where facts and fiction get blurred
In times of uncertainty you need journalism you can trust. For only R75 per month, you have access to a world of in-depth analyses, investigative journalism, top opinions and a range of features. Journalism strengthens democracy. Invest in the future today.
Subscribe to News24
Related Links
Chiliboy Ralepelle: This is not how I thought my career would end
Chiliboy Ralepelle's lawyer: There are grounds to appeal 8-year ban
Former Springbok hooker Chiliboy Ralepelle handed 8-year doping ban
Next on Sport24
Jake: SA Rugby working 'really hard' to get Cornal Hendricks into a Bok jersey again