Chiliboy Ralepelle's lawyer: There are grounds to appeal 8-year ban 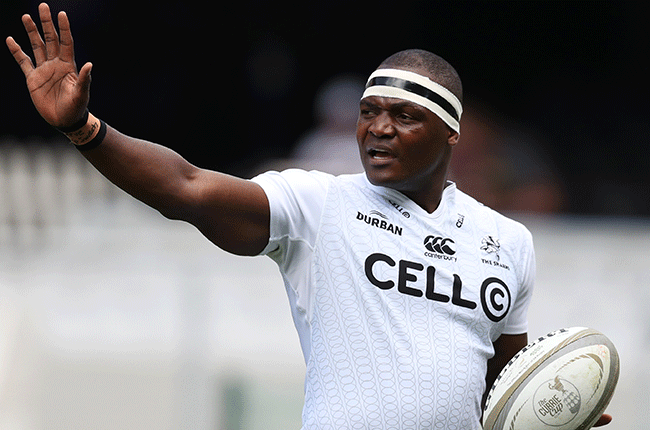 Springbok hooker Chiliboy Ralepelle's lawyer believes there are good grounds to appeal the eight-year ban handed to him by the South African Institute for Drug-Free Sport (SAIDS) on Wednesday.

Hendrik Hugo, as an associate attorney at ENS Africa, who represented Ralepelle during the six-month long hearing, told ENCA that they had already found items that could serve as good grounds for appeal, but they needed their client's green light to do so.

An independent doping tribunal found Ralepelle guilty after he tested positive for a banned anabolic steroid, Zeranol, during an out of competition test in January 2019.

The hooker, who was part of the Springbok squad in 2018 under Rassie Erasmus, was playing for the Sharks at the time of the positive dope finding.

"Of course, it's not the outcome we expected from a legal perspective," Hugo said.

"The judgement and the merit is over 80 pages and the sanction judgement is over 20 pages and we are preparing an opinion for Ralepelle on whether, solely from a legal perspective, he should appeal.

"We have concluded that there are definitely grounds for appeal but we are creatures of instruction and we will take those instructions from Ralepelle on how he wants to proceed."

Hugo went on to elaborate on an example of some of their initial assessment of the judgement.

"There is one example: Chiliboy was previously banned for two years and the WADA laws say that the second offence must be double the standard for the first offence," he said.

"In that respect, from our legal view, from a two-year previous ban, it should have been a four-year ban at best and not an eight-year ban.

"But we are still considering the contents of the judgement."

The 33-year-old has previously tested positive while in a Springbok camp along with Bjorn Basson - the only two players tested during the 2010 Bok end-year tour to Europe. They were, however, cleared.

Ralepelle again tested positive in France in 2015 before testing positive again last year. His legal team appear to be contesting the latest finding, arguing it's his second, not third adverse finding.

He has 21 days to appeal the ruling.