Damian and Willie in same Bok XV? Pundits warn: 'Be careful what you wish for' 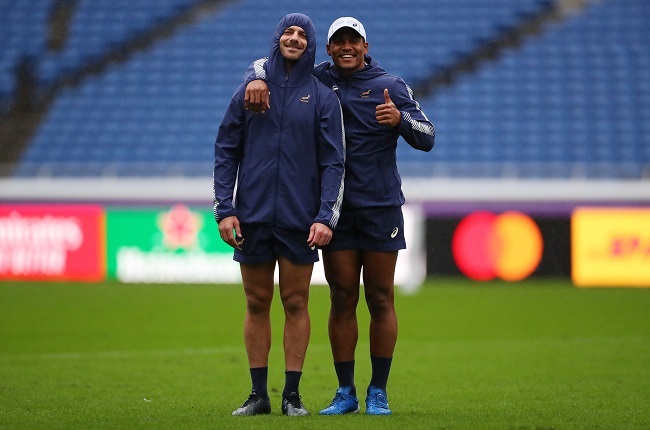 They might have dovetailed as an attacking duo on a night when a misfiring Springbok combination had to mount a rescue act, but are Damian Willemse and Willie le Roux irresistible enough to warrant starting in the same backline?

It's a stream of thought that's emerged in the aftermath of the last-gasp 32-29 victory at Loftus this past weekend, one undoubtedly also influenced by the fact they had to tone down their momentum-based tactical kicking plan in favour of running the ball more.

Given how South Africa's franchises' success in the United Rugby Championship (URC) was also heavily based on a willingness to adapt, it's little wonder some sections of the local rugby fraternity is calling out for a Willemse-Le Roux show.

Read this for free
Get 14 days free to read all our investigative and in-depth journalism. Thereafter you will be billed R75 per month. You can cancel anytime and if you cancel within 14 days you won't be billed.
Subscribe
Already a subscriber? Sign in
Next on Sport24
WATCH | SA fans unfurl flags welcoming Springboks as they touch down in Adelaide