Springbok lock, Eben Etzebeth has been cleared of racism and assault in an internal SA Rugby investigation.

According to Rapport, the investigation found Etzebeth not guilty of both counts which related to an incident in Langebaan in 2019.

At the time, Etzebeth denied the accusations on social media saying: "It is completely untrue and unfounded to claim that I physically or racially abused anyone in Langebaan as has been reported on social media. Multiple witnesses can corroborate that. I am and will always strive to be a true ambassador to this beautiful rainbow nation and the sport that I love."

The internal investigation was presided over by Judge Johann van der Westhuizen and was concluded some time ago with SA Rugby opting to keep the decision private for various legal reasons.

According to Rapport, Van der Westhuizen came to the following findings in the case:

Etzebeth will still need to face a case from the Human Rights Commission while the National Prosecuting Authority are also looking into the incident. 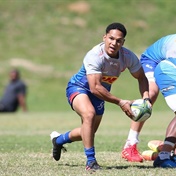