Eskom got you Bokked down for Springbok Test? Here are tips to mitigate it 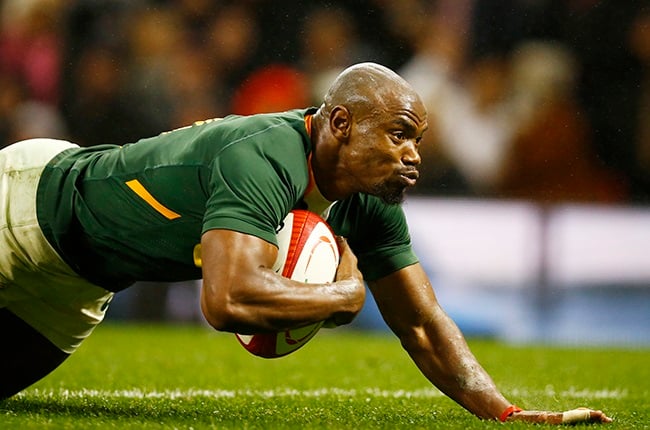 As rolling blackouts continue to grip the nation, sports lovers - particularly when it comes to rugby - may find themselves in the lurch with a mouth-watering feast on the cards on Saturday.

Siya Kolisi's Springboks open their 2022 account with a fixture against Wales in Pretoria this weekend, with kick-off at 17:05.

The beleaguered power utility, Eskom has been struggling to keep the lights on this week after Eskom workers embarked on a strike that left the ailing enterprise wilting - giving rise to Stages 4 and 6 load shedding interchangeably throughout the day and evening this week.

Rugby lovers had planned last week already that they would devote their Saturday to the couch because the action starts at 08:00 with the marathon day going beyond 21:10.

Nick Mallett | Dominant Springboks to win by at least 15, England and Eddie Jones under pressure

For the Test match, Loftus Versfeld will be powered entirely by generator. We will not be on the city’s grid for this fixture.

For their part, Eskom has a comprehensive schedule on their website on how to plan around load shedding (assuming they stick to the time slots).

So with South Africans not reaching the light at the end of the load shedding tunnel anytime soon, Sport24 has put together a to-do list to assuage load shedding, should you not find yourself in the capacity crowd this weekend at the capital, and feeling a little bogged down from missing the action on screen at home:

Load shedding or not, watching a game at your local pub will never not be a good idea. You can stare your rivals down during the game, while enjoying the company of fellow pub-goers.

The pints will be full of tipple and it should resemble something like the scenes we’re accustomed to when the national team plays. This is also dependent on whether your local pub has a generator.

The beauty of the Uninterrupted Power Supply (UPS)

The chequered nature and length of load shedding means one has to factor in charging routines for the famed UPS.

Gaining traction now, it means you may be able to power up some devices to watch at least some of the games - including that of the Boks - on Saturday without, interruption.

Those unfortunate enough not to own one, there's a high possibility that you may know someone who does, so ask a friend to open up their home to you. And offer to be the braai master while you're at it.

Sport24 will have two senior writers at the stadium on Saturday, while the site will be running an interactive live which will give you front row access to the crowds, atmosphere and importantly the game itself.

The interactive live update will then be followed by a motley of reaction from the ground at Loftus to bring you all the action to you.

Get to know your family, friends!

One of the more levity moments of Covid-19 and having to stay at home was that people would mirthfully say: "Now that I have to stay at home, I've realised I actually don't know much about my family."

Perhaps one could use this time to continue learning more about your family - and to an extent - your friends.

As rugby fanatics, we all probably have a side-step that’s never materialised in our younger years and now would be a good time to put it on show in the backyard. That, or one can try their hand at a goosestep before putting on your most impressive Cheslin Kolbe step and turn of pace.

If you’re not sold on that, there’s also an opportunity to showcase that dexterous Lukhanyo Am pass (vs All Blacks) as a show off.

While doing all of the above, don't forget to keep an eye on the Eskom schedule because Stage 4 may be guaranteed but from experience, we know how chequered the power utility's schedule can be.

We live in a world where facts and fiction get blurred
In times of uncertainty you need journalism you can trust. For 14 free days, you can have access to a world of in-depth analyses, investigative journalism, top opinions and a range of features. Journalism strengthens democracy. Invest in the future today. Thereafter you will be billed R75 per month. You can cancel anytime and if you cancel within 14 days you won't be billed.
Subscribe to News24
Next on Sport24
Bok ratings: Majestic Am ... but team take punch to guts