Jake White: It would have been unfair to send Springboks to Australia 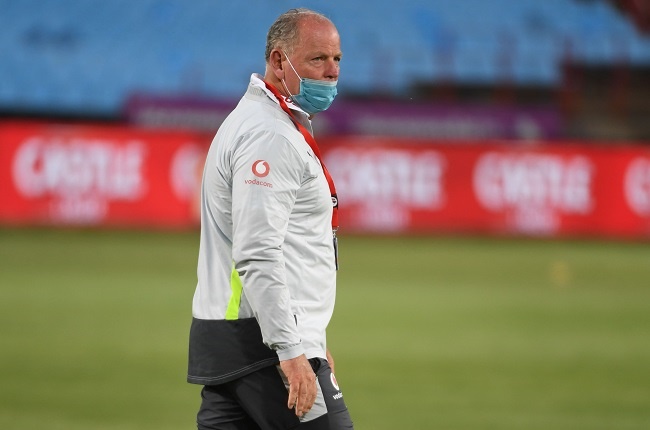 Bulls director of rugby Jake White has shared his views on South Africa's decision not to compete in this year's Rugby Championship in Australia.

Via a column for The XV website, the former Springbok coach wrote that it would have been "unfair" to send an under-prepared Bok team.

"Having watched the standard of the rugby between Australia and New Zealand in the Bledisloe Cup series, it would have been unfair for us as world champions and Rugby Championship winners to have been exposed to that quality and intensity without proper preparation," he wrote.

With the Boks out, the tournament was rebranded to Tri Nations with Australia, New Zealand and Argentina slugging it out.

White added: "As the No 1 team in the world, there is a target on us. If New Zealand and Australia had been in our position, they would have done the same. The top tennis players and top golfers will not enter a major without proper preparations.

"After seven months of no rugby, to expect a group of players to just assemble is unrealistic. And no coach-captain combination would relish that scenario."

White, who coached the Boks to World Cup glory in France in 2007, looks set to start his Bulls tenure with silverware.

They currently top the Super Rugby Unlocked table and a bonus-point win over the Pumas in their final game will secure the title.

We live in a world where facts and fiction get blurred
In times of uncertainty you need journalism you can trust. For only R75 per month, you have access to a world of in-depth analyses, investigative journalism, top opinions and a range of features. Journalism strengthens democracy. Invest in the future today.
Subscribe to News24
Related Links
WP Rugby's potential US investor heading to Cape Town for takeover talks
Peter de Villiers favourite for EP job, former Bok, Blitzbok also in the running
5 talking points: Super Rugby Unlocked - Week 5
Next on Sport24
Springboks to host Pumas at Nelson Mandela Bay Stadium for two Rugby Championship clashes

Choose your newsletters
Voting Booth
Having lost the first Test against the British & Irish Lions, can the Springboks recover to win the series?
Please select an option Oops! Something went wrong, please try again later.
Yes, they will win the series 2-1. Go Bokke!
55% - 1241 votes
The Boks will win a Test, but will lose the series 2-1.
28% - 638 votes
It's not looking good. A 3-0 whitewash is on the cards.
17% - 392 votes
Previous Results
Tokyo Olympics
Henri Schoeman's injury heartache in Tokyo: 'He did everything he could'