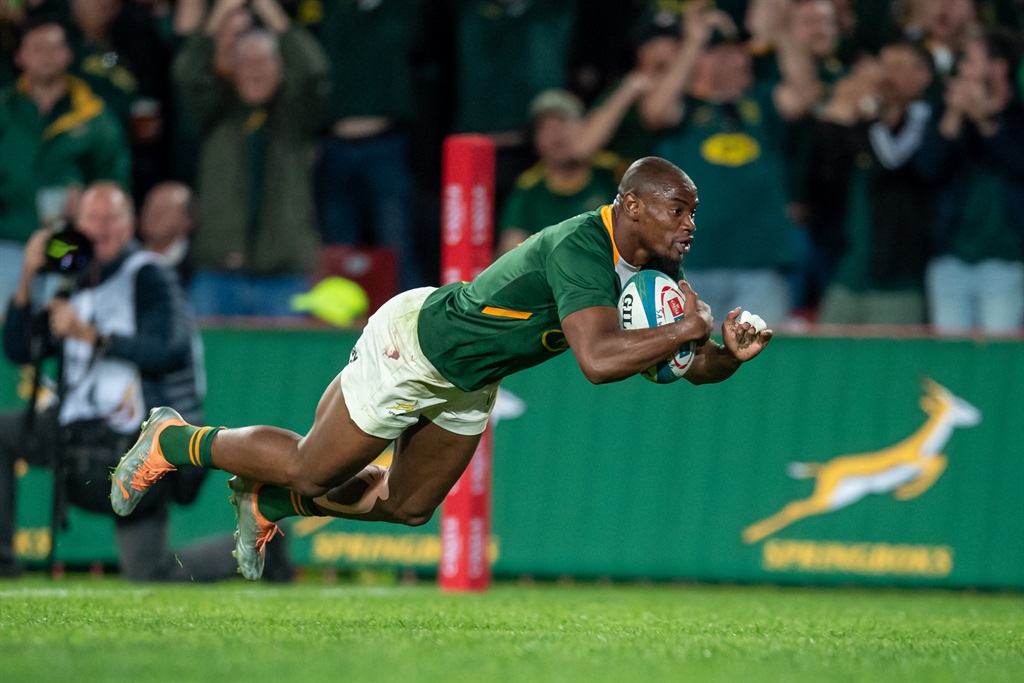 In a year when the Springbok back three has gone through several alterations, for several reasons, the mainstay has been Makazole Mapimpi. Since a knee injury in 2018, the only time you find him not involved in a Bok XV is when the so-called A team is being rested. Kamva Somdyala takes a look at some of his recent contributions.

The statistics read that Springbok superstar wing Makazole Mapimpi has scored a try against every opposition he has played against since his debut in 2018.

That debut, against Wales in Washington, was marked by a try in a 22-20 defeat. His try, for anyone paying attention, was an omen of things to come, even though at the time Springbok coaches had occupied their minds with Sbu Nkosi and Aphiwe Dyantyi as they tried to find their feet as management.

Read this for free
Get 14 days free to read all our investigative and in-depth journalism. Thereafter you will be billed R75 per month. You can cancel anytime and if you cancel within 14 days you won't be billed.
Try FREE for 14 days
Already a subscriber? Sign in
Next on Sport
Springbok fixtures locked in: World champions face All Blacks twice before title defence