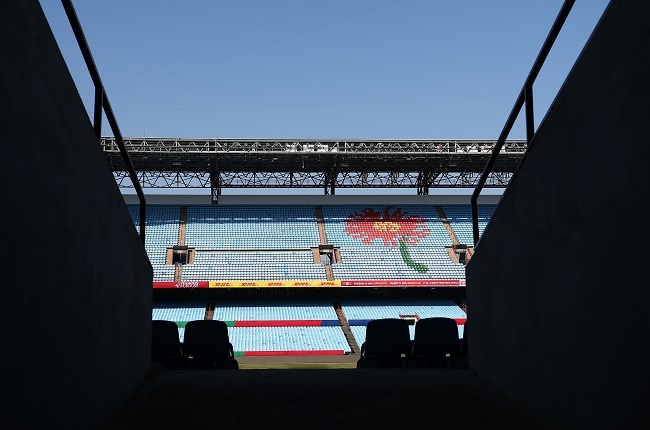 Load shedding won't leave Loftus in the dark ahead of the Springboks' first Test in front of home fans since August 2019 this weekend.

In fact, the Blue Bulls Rugby Union - the host for Saturday's clash with Wales - won't even be relying on the notoriously unreliable Eskom for its power needs on the day.

Chief executive Edgar Rathbone and stadium manager Hugo Kemp confirmed to Sport24 that the stadium, expecting a capacity crowd of 50 000, will run its entire day of proceedings on generators.

"For the Test match, Loftus Versfeld will be powered entirely by generator. We will not be on the city’s grid for this fixture," said Kemp

"We are aware of the challenges with load shedding, and to avoid any interruptions, we'll be powering the stadium with backup power for this fixture."

The procurement of diesel for the Test is, fortunately, also not an unexpected expense for the BBRU because of SA Rugby's hosting requirements.

"We have backup electricity generation in place for every Test that we host," said Rathbone.

SA Rugby's scrapping of hosting right fees also means the expense of turning on the generators are cushioned to an extent.

With the nearby Loftus Park office and shopping precinct, one of three venues around the stadium offering live entertainment throughout the day, also boasting emergency backup power, Kirkness Street should resemble normality.

Georgian referee Nika Amashukeli will be in charge of Saturday's Test between the Springboks and Wales at Loftus Versfeld in Pretoria | #SAvWAL. https://t.co/DEG5pNCtqP

The expected 50 000-strong supporter turnout will break the attendance record for Tests between the Springboks and Wales on South African soil, eclipsing the previous all-time high figure of 43 920 in 2004, which was incidentally at Loftus too.

We live in a world where facts and fiction get blurred
In times of uncertainty you need journalism you can trust. For 14 free days, you can have access to a world of in-depth analyses, investigative journalism, top opinions and a range of features. Journalism strengthens democracy. Invest in the future today. Thereafter you will be billed R75 per month. You can cancel anytime and if you cancel within 14 days you won't be billed.
Subscribe to News24
Next on Sport24
Foster defiant as All Blacks axe hangs over him: 'Losing to Boks isn't unusual'