Rassie explains reasons for being on social media 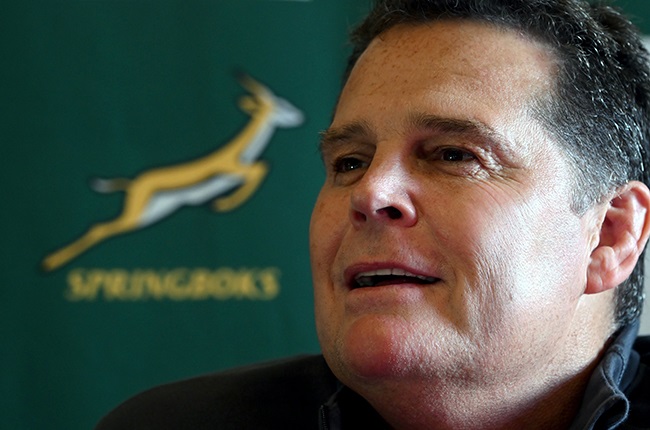 Erasmus has been vocal on especially Twitter in the last while, with his recent tweets highlighting refereeing discrepancies leading to a two-match ban by World Rugby.

It was not the first time Erasmus ran into trouble over social media posts, with his infamous video from the 2021 British & Irish Lions series having also been leaked across widespread social platforms.

In November last year, Erasmus was suspended from all rugby related activities for two months. He also served a match-day ban until 30 September 2022.

On Wednesday evening, Erasmus hosted a "Lekka chat" on the Vimeo platform where he explained his social media stance.

He said one of the pillars of the Springboks' "Stronger Together" campaign - which started with his Bok tenure 2018 - revolved around recognising the power of social media.

"I was always against social media, I once thought it was the enemy," Erasmus said on Wednesday. "But I soon realised that giving media access to the team is important so that fans can have a better understanding of how we are operating. There is a need to inform fans and to have that insight. So, I realised how important media is.

"When it came to social media, I didn't want to be part of it, because it is becoming more and more complex. But you can't stop family or friends from seeing what is on those platforms. So, I also realised the power of social media, for example when it comes to team announcements, there are so many comments which [will inevitably] find its way to the coach or player it's been directed at. So, we need to be in-sync with social media, and what is being said, so that we don't find ourselves competing with the public sentiment.

"So, I joined social media, and started to enjoy the engagement with fans, and it helped me gain an understanding of what is being said. It also helped me feel much closer to the supporters, and sometimes you post things in a personal way that can upset people, but that's the way it goes in life. But I learned that some people also enjoying seeing a human side to you."

READ | Div questions Rassie's methods: 'Why didn't he put out the bad things the Boks were allowed to do?'

Erasmus concluded his talk by stating that he would happily host future discussions to ensure the public remained well-informed.

"I hope I explained most of that and maybe we’ll do this again and hopefully I didn’t say something that can get me into trouble again. Thanks for tuning in. Sorry, it was 20 minutes and not 15. Maybe again next week, or if I see there is some good engagement and this helps at some level maybe a little bit later or sooner. Have a lovely day. Thank you."