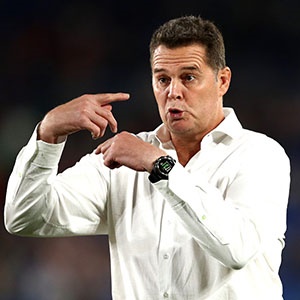 Afrikaans newspaper Rapport reported on Sunday that Erasmus had been in talks with the RFU who were believed to be keen on him becoming the next England head coach.

Later in the day, Erasmus posted an inspirational video which was made prior to last year's World Cup final, as well as writing: "Not sure I would know what to say to any other team before a World Cup Final. Not Happening!!!"

There were rumours that the Twitter account was fake, but a spokesperson for SA Rugby confirmed to SA Rugbymag that the account was that of Erasmus.

The RFU on Sunday also denied they were in talks with Erasmus.

"The reports are 100% inaccurate. There has been no meeting. There have been no talks whatsoever about any position at the RFU," RFU CEO Bill Sweeney told Rugby World.

Erasmus signed a four-year deal (not six as initially reported) with SA Rugby at the end of 2017 and Jones' contract with the RFU expires at the same time as Erasmus' (2021).

We live in a world where facts and fiction get blurred
In times of uncertainty you need journalism you can trust. For only R75 per month, you have access to a world of in-depth analyses, investigative journalism, top opinions and a range of features. Journalism strengthens democracy. Invest in the future today.
Subscribe to News24
Related Links
Sexton demands repeat performance against England
5 talking points | Super Rugby Week 2
Boks in Six Nations? Jones warns against expansion
Next on Sport24
Reinach double helps Montpellier to victory in front of touring Springboks