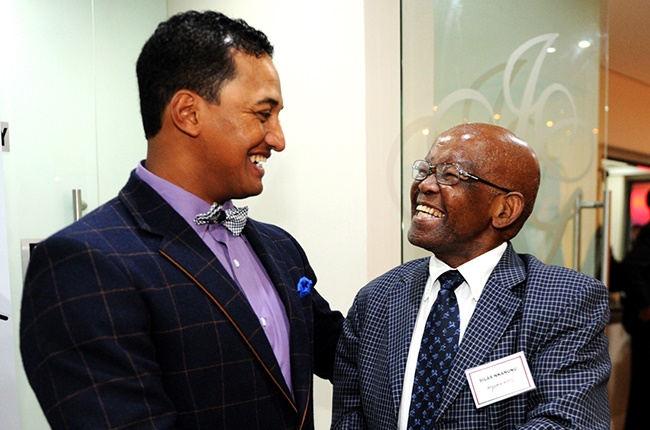 Nkanunu, who was a lawyer by trade, specialising in human rights law, succeeded Louis Luyt in 1998 to become SARU’s first black leader, during a time of unity but plenty division.

He held the position from then until 2003 and was succeeded by Brian van Rooyen.

"Silas had many great qualities and skills as an attorney but perhaps the greatest tribute you can pay is that he was a simply a good man,” said Alexander.

"It might sound like faint praise, but he had none of the ego, malice or aggression that sometimes characterises our world and he was an immensely calming and consensual influence at a very difficult time for rugby.

"In some ways you might say he was rugby’s Mandela in that he was a force for good and was able to completely steady the ship in his time in office.

"No one who met Silas will be able to do anything other than remember him with great affection.

"Players talk about being able to leave the jersey in a better position than when you first received it. Silas was certainly able to say that."

Nkanunu also held positions within world rugby governing body, the International Rugby Board (IRB) as World Rugby was known at the time, chairing its game’s regulation committee and being IRB vice-president for a brief period.

At the time of his election, former IRB Chairman Syd Millar, said: "Mr Nkanunu is one of the most distinguished rugby administrators in the world. Having done so much in helping unite South African rugby he has gained the respect of the rugby world and therefore there can be no more fitting appointment."

We live in a world where facts and fiction get blurred
In times of uncertainty you need journalism you can trust. For only R75 per month, you have access to a world of in-depth analyses, investigative journalism, top opinions and a range of features. Journalism strengthens democracy. Invest in the future today.
Subscribe to News24
Related Links
How Premier League commentator Peter Drury inspired Kaunda Ntunja's iconic Kolisi monologues
Makhaya Jack pays moving tribute to fallen 'comrade in arms' Kaunda Ntunja
OPINION | Black Lives Matter in rugby: Black administrators must share blame
Next on Sport24
EXCLUSIVE | Oregan Hoskins says SA Rugby rejected own legal advice to suspend Jurie Roux